With the 2020 NASCAR Gander RV & Outdoors Truck Series season coming to a close, GMS Racing announced that Zane Smith will return to the team in 2021.

Smith advanced to the Round of 8 in the Truck Series Playoffs despite an early crash at Talladega Superspeedway. The Rookie-of-the-Year contender is currently the only rookie still in Playoff contention.

In his first full season at GMS, Smith earned two victories, one at Michigan International Speedway and the other at Dover International Speedway. The Huntington Beach, Calif. native also has four top-five and 10 top-10 finishes this season. Smith started from the pole twice due to the metric qualifying formula.

“We at GMS are proud of what Zane has been able to accomplish in his rookie season,” said team owner Maury Gallagher. “Zane is an incredible talent with a drive to be the best on and off the track. We look forward to seeing what all he can accomplish in the 2021 season.”

With four races left in the Truck Series season, Smith has previous experience at three of the tracks. The 21-year-old ran well at both Kansas and Texas Motor Speedway earlier this year. Smith last ran at Phoenix Raceway in the NASCAR K&N Pro Series West last year. He qualified second and finished 21st after an engine failure just past halfway.

The announcement allows Smith to focus on those tracks, as well as Martinsville Speedway. The Hall of Fame 200 on Oct 30 will be his first start at the half-mile track.

The driver of the No. 21 LaPaz Margarita Mix Chevrolet Silverado is three-points above the cutline, held by Grant Enfinger heading into Kansas Speedway. Smith is six-points behind his GMS teammate, and leader, Sheldon Creed.

“I’m just thankful to Maury (Gallagher), Mike Beam, Chevrolet and all of GMS Racing,” explained Smith. “It was one thing to be full-time for such a good race team like GMS, but to get to do it again is a whole other thing. It takes a lot of pressure off myself going into this final round of the playoffs knowing have a job next year.

“Now there is a good kind of pressure and that’s winning the championship in my rookie year. I can’t wait to be back full-time next season with the knowledge and experience I have now.”

GMS Racing has not announced which truck Smith will drive in the 2021 NASCAR Camping World Truck Series season. The organization also did not state who will serve as his crew chief. Currently, Smith is working with veteran crew chief Kevin Manion.

“GMS Racing is excited for Zane to return for the 2021 season,” stated Mike Beam, president of GMS Racing. “Zane has done a great job representing GMS and Chevrolet on and off the track and has worked tirelessly to become a contender every race. What he has shown this season is truly amazing and we look forward to watching Zane compete for race wins and championships at GMS Racing.”

Now Smith will shift his focus to the Clean Harbors 200 at Kansas on Saturday, Oct 17. 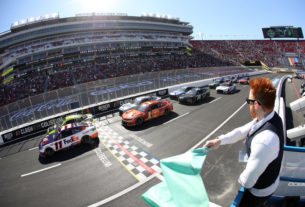 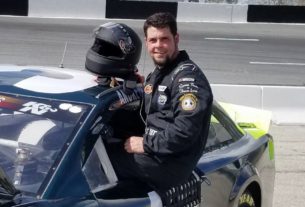 Tuttle and LCR Full-Time in ARCA West and More 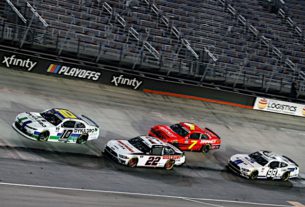