A gamble to make the distance on fuel and a well-timed caution handed Bobby Zalenski the win at the virtual Darlington Raceway.

For much of the 250-mile race, Zalenski struggled compared to his Coanda Simsport backend teammates Mitchell deJong and Keegan Leahy. A caution just after halfway put the eNASCAR Coca-Cola iRacing Series driver in position to roll the dice and make the final 72 laps on fuel.

“When I pitted and knew it was going to be a 72-lap run to the end, I was like, ‘let’s try to make this,’” admitted Zalenski. Straightaway from lap one I was clutching into (turn) one. You just hold so much speed into one with the draft that you can back it way up. I was even doing it into three sometimes. The dirty air is so strong when you’re right on somebody that I could lose all this time halfway down the straightaway and gain it all back in the corner.”

Slowly, Zalenski climbed the running order as others peeled off to pit for fuel and tires. With 29 laps to go in the scheduled distance, the virtual No. 83 Virtual Racing School Chevrolet Camaro ZL1 1LE moved by Ryan Luza for the lead. However, the Letarte eSports driver could not shake Luza. In addition, the difference in speed of those on fresh tires allowed deJong to close back in.

As deJong battled with Luza for second, the caution waved for an incident between Garrett Manes and John Gorlinsky. That forced the race into overtime. All but Malik Ray pitted for another set of fresh tires. The gamble paid off for Zalenski as he left pit road in second.

On the restart, Ray’s old tires hampered the inside line, allowing the eNASCAR playoff driver to pass him before the start-finish line. Because Zalenski waited for Ray’s virtual No. 11 Spacestation Racing Ford Mustang to launch first, race control cleared the black flag iRacing initially assessed him.

Battle for the Win

Another caution forced a second overtime. This time, Zalenski had to hold off deJong over the final two laps. The 23XI Racing driver pulled even with the No. 83 in the final corner. However, Zalenski used the momentum to carry him ahead of deJong and into victory lane. The win locks Zalenski into the eNASCAR Championship Four at the virtual Texas Motor Speedway.

“I did (expect Mitchell to get as close as he did),” explained Zalenski. “The draft is strong here and he had a bit of a pace advantage. I got a little damage, hit the wall when I was doing my fuel saving. He also had a bit more grille tape on than me. Pretty sure I wasn’t as aggressive with that. I think the whole field did and I wasn’t as confident with how loose I was going to be with the car. He was just faster in general. I just held my line and thankfully it was enough.”

Despite the brilliant strategy call, Zalenski wasn’t convinced that he was going to win. The difference in speed between those on new tires versus old tires likely would have meant a top-five finish.

“I knew it was going to be close, but I didn’t think I was going to win,” stated Zalenski. “I don’t know, it was about five to go when the caution came out and Mitchell was having a little trouble getting around Luza. Was just trying to save a little bit more, but I was pretty much set.

“It’s hard to say (where I would have slotted in) because Mitchell and Nick were going to have issues passing us. They were getting to the point where the tires start equalizing, not completely. But they were only a couple tenths faster and that’s almost not enough here at times. I was thinking (I would slot into) third.”

The race was slowed just four times for cautions. Most incidents were single-car spins or two-car accidents. 35 of the 40 drivers were still on track when the checkered flag waved.

Although Zalenski won, deJong extended his cushion on the playoff cutoff from three points to nine. One race into Round 1 deJong, Mullis, and Bussa currently hold the three points positions in the playoffs. As of now, Clampitt is the first driver out with Salas in tow.

Michael Conti, Graham Bowlin, and Bob Bryant are also within striking distance of the eNASCAR playoff cutoff. Leahy however, finished 34th after several incidents in overtime. With just two races left and a 27-point deficit, the 23XI Racing driver might be approaching a must-win scenario.

The next race for the eNASCAR Coca-Cola iRacing Series is at the virtual Bristol Motor Speedway on September 14. 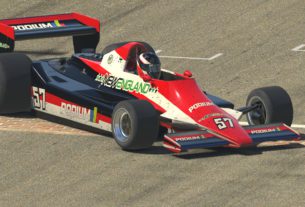 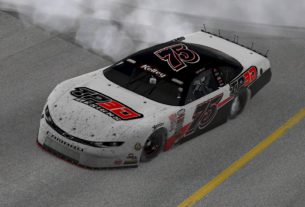 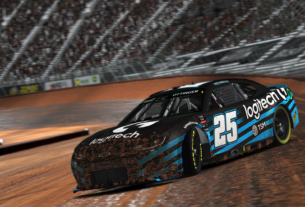