Skip to content
Home>NASCAR>ARCA Series>Repeating West Series History: Are the 1954 and 2021 Seasons a Similar Story?

By Vincent Delforge, Special to kickinthetires.net

Are there any similarities between the very first season in West Series history in 1954 and what we experience today in 2021 as the ARCA Menards West Series?

In 1954, NASCAR created the Pacific Coast Late Model Division. The series was based on the Pacific Coast. It was actually a championship based in a similar style of the ARCA Sioux Chief Showdown we know today. To put it simply, it was a question of awarding a championship title to the driver who scored the most points in the races contested on the West Coast by the NASCAR Grand National Series (now NASCAR Cup Series) and a selection of a few races from the now defunct NASCAR Short Track Division (1951-1959).

The first common point between the 1954 season and 2021 season is the number of races counting for the championship, nine.

The second similarity between the two seasons is that the 2021 champion could also be crowned without having won a race. Lloyd Dane succeeded in this performance in 1954 by being very consistent at the forefront with nine top-10s in as many races. He also earned six top-five finishes including two runner-up finishes. These statistics are similar to those obtained so far by rookie Jake Drew who is still looking for his first victory while having already secured the second position twice.

It was the two-time winner Danny Letner, he also knew the pains of mechanical problems just like Love this season. But unlike Love, Letner had lost his chances of being the champion because he missed the first race of the season. Otherwise, he could possibly have claimed the championship from Dane.

Another commonality between 1954 and 2021 are the number of different winners after the first seven races of the season, five. Exactly like today there were two drivers with two wins and three drivers with one win.

The last two races in 1954 were won by Robert Caswell and Allen Adkins.

Who will win the last two races this year? The answer comes October 9 in Roseville, CA at the All American Speedway.

Yesterday was October 2. On October 2, 1954 the eighth race at Balboa Stadium in San Diego, Calif. was won by Caswell. It was his only career victory, he who only competed that season. He was driving a Lou Mangini-owned Plymouth ’52. Caswell had taken the lead in the race with 23 laps to go. He took advantage of the woes of Adkins, who had just punctured a tire.

Adkins did himself justice by winning the finale a week later. Dane by finishing second at Balboa was positioned at the lead of the championship. It was a position that he maintained until the end of the season.

If you want to go back in time and more particularly on October 2, 1954, you can go and see the result of this race by clicking on the following link: www.racing-reference.info/race-results/1954-08/P

This is a race that I was able to perfectly document thanks to complete archives. This is a rarity for the time period. The race information is 100% complete including the qualifying results.

Vincent Delforge
Born in 1957 in Belgium, it was after a trip at the age of seven that my love for NASCAR caught hold of me! It was the 1964 World 600 in Charlotte. Since NASCAR it's my life! A large collection of objects and papers make up my personal little NASCAR museum. Passionate about the history and statistics of NASCAR, I have contributed to numerous magazines and websites mainly in French language (Europe and Canada). Those websites included NASCAR-WORLD.com, Stockcar-world.com, and Onroule.ca. One of my greatest pride is my full-time collaboration at racing-reference.info from 2003 to 2021. Today I continue to write for fun. 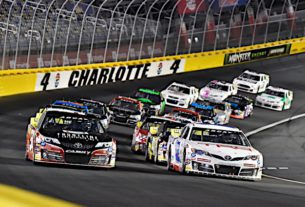 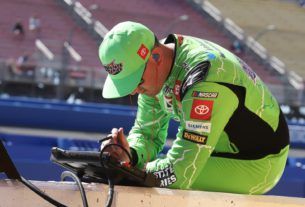 COLUMN: Bettin’ at Auto Club Speedway After a Costly Day At Daytona 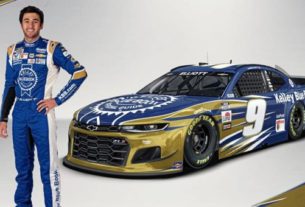