There was a variety of leaders in the closing laps of Thursday night’s Super Start Batteries 400 at Kansas Speedway. And though Brad Keselowski wasn’t one of them, he was a threat to win until the checkered flag.

Leading 30 laps and winning Stage 2 under the lights at Kansas, Keselowski was among seven drivers to lead more than 10 laps across the 400 miles. While pit strategy turned into a race for track position, Keselowski and the No. 2 Team Penske crew proved to be arguably the most aggressive.

First-year crew chief Jeremy Bullins wasn’t afraid to make the two-tire moves on pit road and Keselowski wasn’t afraid to side-draft and block on restarts. This kept Keselowski in the fight, giving him a chance to run down leader Denny Hamlin for the win in the final 12 laps.

Coming home second, just 0.510 second behind Hamlin, it was a solid night as Keselowski defined it.

“All in all, a good night,” Keselowski said. “We were right there. Team did a great job of adjusting the car during the race. Got us better as the race went on. We were in position, led some laps.

“It really came down to the last few restarts, who got the clean air, who pushed who. Just couldn’t quite get in front of Denny. I was a little bit faster than he was once we were up to speed, but not anywhere as fast as he was getting up to speed.”

With Hamlin running a Joe Gibbs Racing car, the four-car organization made up three of the top five finishers. Keselowski had a fight on his hands to combat the Toyota team’s restart pace.

“Once [Hamlin] got the clean air, he was able to defend. This racing, once you can get the clean air, if you have equal speed to the cars around you or even just slightly less, you can hold them off pretty easily. He’s been able to do that. The Gibbs cars looked very good lately. That was the story of our night.”

Came close again. P2 at Kansas. We’re doing all the right things…feels like we’re silently having a great season, even if the wins column may not show it. #2crew is finding the groove and we’ve got a lot more racing still to go. pic.twitter.com/VJIfCy0tNZ

Due to the clean-air advantage, Keselowski believes it would have taken another dozen laps to catch Hamlin for the win. Passing, however, was a different story.

“Man, that’s hard to say. He was really good, for sure,” he said. “He could run the wall pretty decent. But he was starting to fade so it’s hard to say. I’d like to think yes, but no way of really knowing. That’s probably not a great answer, but that’s what I got.”

Thursday was Keselowski’s seventh top-five finish of 2020, and his 18th consecutive top-20 finish, dating back to Round 2 at Las Vegas. With the consistency in place, the 2012 Cup Series champion believes this has been ‘quietly one of my best seasons’ in his 11-year Cup career.

“I sure would be glad if we were one of [the championship favorites]. I can tell you that,” he said. “Silently [2020 is] one of the best years of my career, maybe not wins-wise. I’m very, very happy. Hopeful we can get up another notch so we can dominate and showcase ourselves as the Ford to beat.”

Confirmed for the playoffs based off his two wins this season, Keselowski says the majority of the last seven races before the postseason is about “fun” races, instead of preparation races.

“I think you look at the stretch of races right here, they’re mostly just kind of fun races. There’s somewhat lower pressure, chance to kind of work on yourself and the team. There’s not a lot that’s going to carry over to the playoffs.” 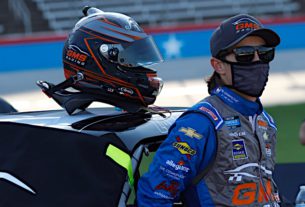 Zane Smith to return to GMS Racing full-time in 2021 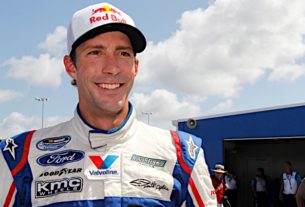 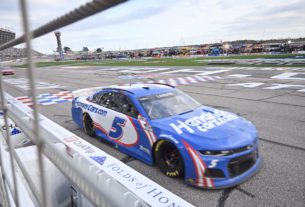