Plans by NASCAR to redesign Auto Club Speedway in Fontana, Ca. are in possession of the Planning Commission of San Bernardino County for Land Use Services, which will now determine whether conversion of the two-mile oval into a half-mile short track must go before the public for an approval hearing – and the answer, so far, is that it may not.

“The heart of the proposal is to reconfigure the current two-mile relatively flat oval into a high-banked half-mile oval,” said David Wert, public information officer for San Bernardino County, told Kickin’ the Tires in a phone interview Tuesday. “We don’t know yet, whether, or not, this will require any type of public review, any action by our planning commission or our board of supervisors. From what NASCAR told our planning people initially, it doesn’t sound like it will require that it is a dramatic enough change in the use of the land to require any type of public hearings or actions by a public body.”

News of the planned changes, known as “NASCAR Next Gen” was first reported by Jeff Gluck, of The Athletic. When requested NASCAR confirmed its plans for Auto Club Speedway and released a statement, as well as, the schematics of what the new track configuration would look like. For those shouting in unison for more short tracks, apparently, the sanctioning body has heard your cries.

VIEW FULL-SIZE RENDERING OF PLANS: Next Gen in California Plan

“We are still very early in the process, but we are excited about what this ambitious project could mean for our loyal fans in Southern California,” said Craig Neeb, EVP, Chief Innovation Officer, NASCAR. “This is our first step towards creating a state-of-the-art facility that would deliver the intense short-track racing our fans love, an intimate viewing experience, and upgraded suites and hospitality areas that would position Auto Club Speedway among the top entertainment venues in the market.”

Wert said the change would definitely be a major alteration for the track itself but not necessarily for the land’s usage. “It would be a dramatically different track than it is now, for sure,” he said.

It would still be a racetrack and that was what the Land Use Services division had previously approved. Auto Club Speedway sits on what used to be a portion of the old Kaiser Steel Mill. It was designed and built by Roger Penske with money also coming from Kaiser. The first race at the track was in 1997 and would later be sold to International Speedway Corporation in 1999 for $600 million.

“The application was just received today (Tuesday) and our folks haven’t even looked at it, yet,” Wert said. “So, that will all be determined, what level of review and approval would be necessary for their plans to move forward. Our planning folks will take a look at it. They are not going to go through it right now and try to make any type of on the spot judgments of what type of review and approval it might need. They will get to that at some point.”

Wert said he did not know if the new configuration would impact seating numbers or if it would affect the track’s economic impact on the county. Currently, Auto Club Speedway can accommodate 122,000 spectators and has camping available both inside and outside the track. There are four track configurations, including the standard NASCAR oval layout, a motorcycle layout, a sports car layout and an interior course. It has been used in multiple movies, including, most recently, Ford vs. Ferrari where it doubled as Daytona International Speedway. And it is where Brad Keselowski was eaten by a flying shark in Sharknado 3.

“We do have an economic development agency that, kind of, tracks the economic impact of various events, including events at the speedway,” Wert said. “I don’t know to what degree they have been briefed about this new configuration and what impact that might have on the economic impact that race events have. From what I understand, NASCAR is not discussing whether there will be a difference in the number of seats at the facility. But I think it is very safe to say though, this project, if it moves forward, will definitely generate a renewed interest in racing in our region and that will definitely have a positive impact on our economy.

“And NASCAR is also characterizing this as a way to revitalize and keep NASCAR as a presence in our community and anything that does that will certainly have an economic benefit to our county community for a long time to come.”

Wert said the expectation is that the newly configured track will be available for the 2022 schedule.

Wert wasn’t sure how long the reconfiguration had been in the works but he believed that NASCAR had made “preliminary contact” with the planning department to let them know a proposal might be submitted. He said the department will now look at the plans and see what the next steps might be. That would include “what level of approvals and review are needed to move it forward and go from there.”

“We really can’t say without looking at it whether this is something that the planning department can simply sign-off on or whether they would have additional questions for NASCAR, or whether the changes are dramatic enough from a land-use perspective to require review by the planning commission meeting in public and, maybe, even the board of supervisors,” Wert said. “Again, NASCAR described to us preliminary did not indicate it would require higher levels of review but we don’t want to commit to that until we have looked over the details of the application.”

If it is determined that NASCAR’s proposal would need public review there would be a process to get meetings and any potential public hearings scheduled. Wert added that NASCAR appears to have allowed time for any delays or approvals it might need from San Bernardino officials and its timeline is to run the traditional oval race in 2021. 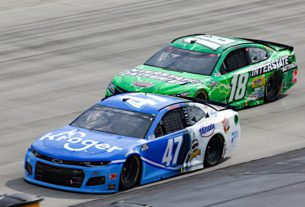 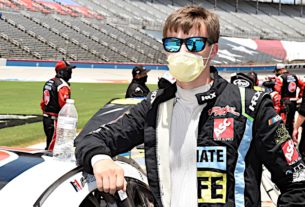 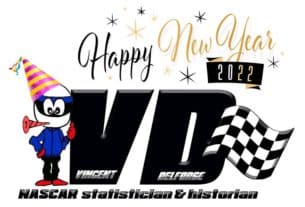