Chase Briscoe’s Sunday at Phoenix Raceway was zero indication of the rookie’s 2021 season.

Nearly winning his first career Cup Series event at the Indianapolis Road Course was a highlight but a combination of his efforts in 2021 resulted in him earning Sunoco Rookie of the Year honors. Briscoe defeated Anthony Alfredo, finishing a best of sixth twice in 2021 (Circuit of the Americas & Road America).

During the 2021 season, Briscoe was the best finishing rookie in 29 of the 36 races. Alfredo was the only other driver who was eligible for Rookie of the Year. Ross Chastain was deemed ineligible for the award as he had previously raced in the NASCAR Cup Series 79 times during the 2017-2020 time period.

“I wish there was more competition for it and we were going up against more guys but it is really cool to be able to win it in all three series now,” said Briscoe. “That is something that is really special. I didn’t know if I would ever get a chance to run in the Truck Series, let alone all three. To be able to win Rookie of the Year, I think only two other guys have done it in all three. That is really cool to accomplish. It is a nice thing to achieve by the end of the year. You kind of start the season hoping that you win it and then to be able to lock it up is nice.”

Briscoe was one of the four Stewart Haas drivers who faced struggles this season. Briscoe noted he had higher expectations coming into 2021 but he wasn’t the only driver in the organization to face struggles. He failed to tally a single top-five finish in his rookie season but did pull three top-10’s. He led 18 laps including 12 at the Indianapolis Grand Prix event where he, Denny Hamlin, and AJ Allmendinger went to war.

“I don’t know. I definitely had higher expectations coming into the year,” said Briscoe “It was a weird year. As a company, we struggled way more than we thought we would. I think last year I read a stat that SHR, in general, had 42 podium finishes and this year we only had four or five. You base your expectations off of last year and we just weren’t quite there from a performance standpoint. I think you alter them a little bit. For me, we were competitive in a couple of races and battling for a few wins and top-fives.”

Briscoe spoke about the positives he did have in 2021 and talked about the future with the Next-Gen car. One benefit that he could capitalize on in 2022 is the fact of having practices and returning to tracks in a Cup car for the second time.

“I think we have proved that whenever we get the car driving right and have the speed we are fully capable of running up front with those guys,” added Briscoe. “I wouldn’t say the season was a thumbs up or a thumbs down, I would say somewhere in the middle. There is still a lot that I have to do way better. The Cup guys are so good. You have to be on it 100-percent and clean up a lot of little things. I feel like going into the Next-Gen car it will be nice to have a year under my belt and know all the little things to work on during the off-season to try to apply to next year.” 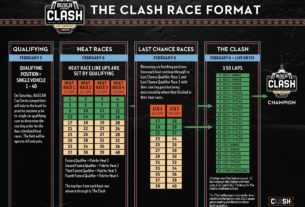 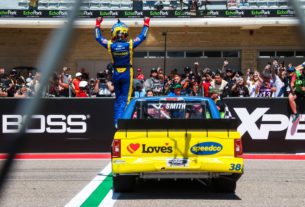 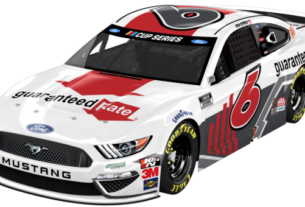