There were a lot of feel-good stories in Friday’s NextEra Energy Resources 250. One of those was the Centerville, Tennessee based team Rackley W.A.R and driver Timothy Peters.

Announced on January 25th, Peters is embarking on his first full-time season since 2016. Since that season, Peters has at least one start a season with one victory coming at Talladega Superspeedway in 2018. The announcement came just 18 days before the NASCAR Camping World Truck Series season opener at Daytona International Speedway, with Peters running in the No. 25’s first ever race.

What a night for @Rackley_WAR & @RackleyRoofing & #warshocks. Felt so good to run up front tonight. Everyone worked so hard to get to the race track with our Silverado! @ChadKendrick_ did a great job tonight. Thank you to everyone involved. See you next week!

Peters qualified the No. 25 in the 10th position and ran inside the top 15 for the majority of the race. He earned stage points in both the first and second stages.

Towards the end, things began clicking as Peters worked with ThorSport Racing’s drivers to put himself in position for his first victory since 2018. As the laps wound down, Peters would find himself in the right place at the right time … until it wasn’t.

Peters went to close a door and attempt to take sole possession of second place when he clipped Drew Dollar and turned both of them. The Providence, N.C. native went right back into traffic getting turned around a few times before coming to a stop. The No. 25 would come down pit road but the damage was too much to repair and the damaged vehicle policy would put them behind the wall.

After a solid night, Peters would be relegated to a 26th-place finish, but the end result was no sign of how his night went, especially in the inaugural night for the Rackley W.A.R race team.

Peters and the organization definitely showed they are here and they mean business this season. 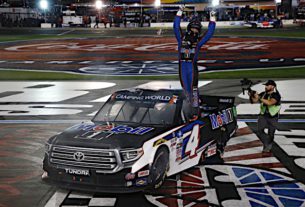 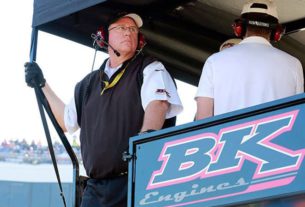 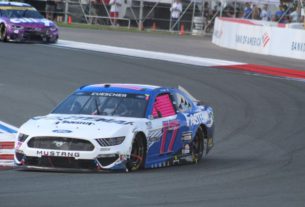 Buescher Scores First His Top-Five of 2021 at the Roval