“It has always been a dream to be a NASCAR owner,” Allen said. “We are excited about the all-star team we have assembled. I am thankful to have partnered with Curtis Sutton, as we both are driven to succeed. Our team is assembled with very humble and hungry individuals, and we are a close family who want to achieve greatness.”

In December, the duo announced a partnership to form Rackley W.A.R., a new team in Tennessee with an unparalleled portfolio of experience in motorsports and marketing.

“I am excited and looking forward to this opportunity as an owner to help lead the No. 25 Rackley Roofing Chevrolet Silverado team to be competitive every single week,” Sutton said. “After being a sponsor (Rackley Roofing) for the last two NASCAR Camping World Truck Series seasons, I felt an obligation to my family, my co-workers and my friends to help build a competitive team.

“The pieces have been put together for our first season. Our focus was to find humble individuals that are proven winners at the highest level to join our team. There is a lot of excitement around bringing experienced crew chief Chad Kendrick and driver Timothy Peters to the team. I am confident Rackley W.A.R. has been assembled as leaders in each of our fields of expertise. Our goal is to be competitive in 2021, and the years to come with the goal towards bringing a championship to Tennessee.”

“The NASCAR Camping World Truck Series has always been special, and to have the opportunity to return to full time competition is a blessing,” Peters said. “I am very grateful to Willie Allen and Curtis Sutton for the opportunity to represent Rackley Roofing and W.A.R. Shocks. Both gentlemen are top-notch people with a singular determination to win on and off the track.”

The 40-year-old Virginia native has been humble throughout his career. Now, he has secured a ride and will be a full-time competitor in the NASCAR Camping World Truck Series for the first time since 2016.

Rackley W.A.R. will enter its inaugural NASCAR Camping World Truck Series season with an integrated technical and operational partnership with the reigning championship-winning team GMS Racing. The agreement with GMS Racing will allow Rackley W.A.R. to purchase chassis and other services developed over their years of championship-caliber competition. As is the case with many other alliances within NASCAR, technical information and communication amongst the teams will be encouraged to help improve performance.

“Mike Beam (president of GMS Racing) and I have been friends for a long time,” Allen said. “I could not imagine a better team and program to be aligned with.”

The Centerville, Tenn.,-based team will be powered by Ilmor.

Kendrick will join the organization as crew chief of the No. 25 Rackley Roofing Chevrolet Silverado for Peters. In 2009, Kendrick and Peters shared a career-first series NASCAR Camping World Truck Series victory at the Martinsville (Va.) Speedway. That season, the pair earned five top-five finishes and 13 top-ten finishes, while leading 143 laps. Together for three seasons (2008, 2009, and 2017), they have collected one win, six top-five finishes, and 18 top-ten finishes and one pole award (Nashville).

“This season is going to be a dream come true,” Kendrick said. “Being paired with a winning driver and two of the most successful, humble owners, the expectations are high, but also realistic. Rackley W.A.R. is building from the ground up, and while we may hit some tough times ahead, I am sure we will be able to make it through anything.”

With Peters behind the wheel, Rackley W.A.R. makes its official NASCAR Camping World Truck Series start in the NextEra Energy 250 at the Daytona International Speedway on February 12. 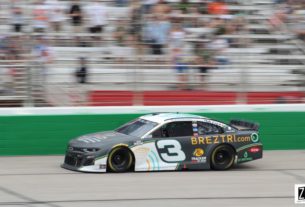 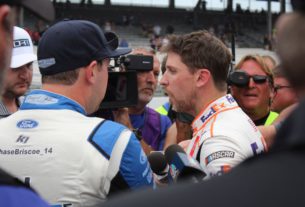 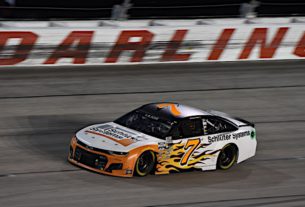 2 thoughts on “Timothy Peters to drive for Rackley W.A.R.”