LAS VEGAS – Shelby American, a wholly-owned subsidiary of Carroll Shelby International Inc. (CSBI: PK), will shock the performance world when it unveils its Shelby® Mustang Mach-E GT concept during the SEMA show in Las Vegas on November 2-5, 2021. The research testbed, which portends a future high-performance electric vehicle from Shelby American, will be displayed inside the Ford Motor Company exhibit during the international show.

“My grandfather, Carroll Shelby relentlessly experimented with new technologies to gain a competitive edge,” said Aaron Shelby, Board Member of Carroll Shelby International. “He researched everything from exotic materials to alternative propulsion systems, including electrification. Before his passing, Carroll told me that he hoped to see the future of EV from a performance perspective. Working closely with the team at Ford, our Shelby Mustang Mach-E GT was built in Carroll’s spirit of innovation as we strive to fulfill his visionary dreams.”

Carroll Shelby discussed the subject in an interview published by Ford Performance 10 years ago this month. “…we’re getting into so many things that I think are interesting,” said Carroll Shelby. “Electric cars, different types of fuel. They’re calling them the ‘green years.’ And I’d like to be around to see how this works out. I’d like to be a part of it.

But at 88, you’ve got to realize the reality of life. I won’t be around to see it, but until I cross the river, I’m going to be a part of it and interested in what’s happening right now.”

The 2021 version that was modified by Shelby has an electric all-wheel drive (eAWD) and the Performance Edition Extended Range Battery. The Shelby team focused on materials and technologies that reduce weight reduction while also adding strength and increasing performance.

“From the stunning exterior to cutting edge materials and powertrain enhancements, we explored every element to improve function and performance,” said Gary Patterson, president of Shelby American. “We leveraged lessons learned while secretly testing many of the leading EV’s on the market over the past several years. Our concept Mustang Mach-E is a glimpse into a new generation of extraordinary vehicles planned for 2022, alongside our V8-powered cars and muscle trucks. At Shelby American, performance continues to be our business.”

Shelby specifically tailored its vision of the Ford Mustang Mach-E with:

“Our team at Shelby American developed a stunning, yet functional exterior for the Mustang Mach-E,” said Vince LaViolette, Shelby American Vice President of Operations. “We designed a new front fascia and hood that will help keep the batteries cool for optimal performance. Our 20-inch one-piece forged Monoblock wheels and Michelin Pilot Sport EV tires, along with composite carbon fiber springs will strengthen the vehicle and reduces weight. We’re also teaming up with industry leaders to delve into powertrain, power delivery, range and other performance enhancements for a potential production version of the vehicle.”

Other special modifications to the vehicle include:

The Shelby American team will use their concept vehicle to gauge public interest and serve as a testbed for a possible production version.

“Next year, Shelby American will commemorate an important milestone,” said Patterson. “We’ll celebrate our 60th anniversary with the broadest range of performance vehicles in our history. From continuation Shelby Cobras to EV’s, sports cars, SUV’s and muscle trucks, this is a golden era at Shelby American. “

Individuals interested in a Shelby vehicle can go to https://www.shelby.com/en-us/Vehicles. 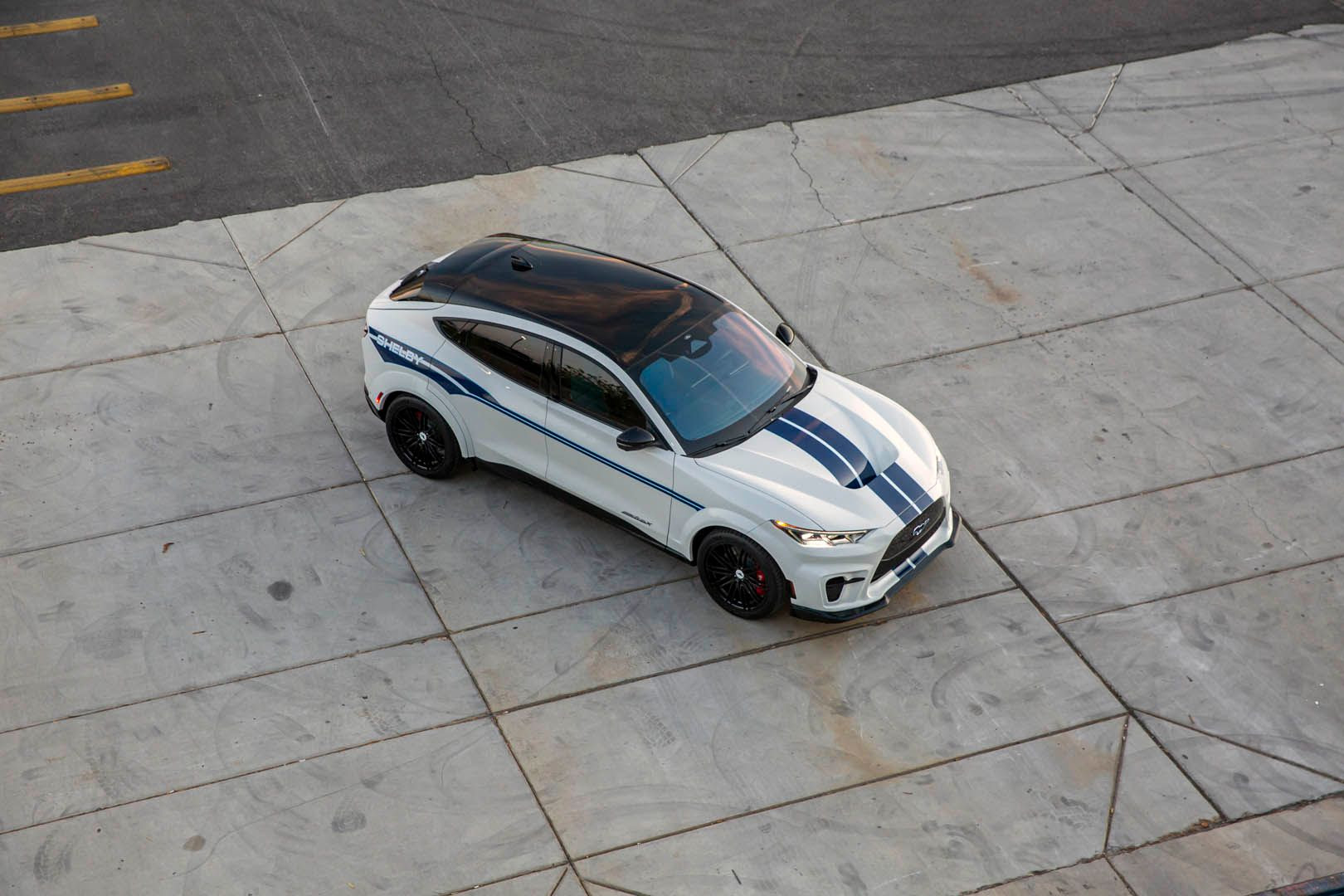 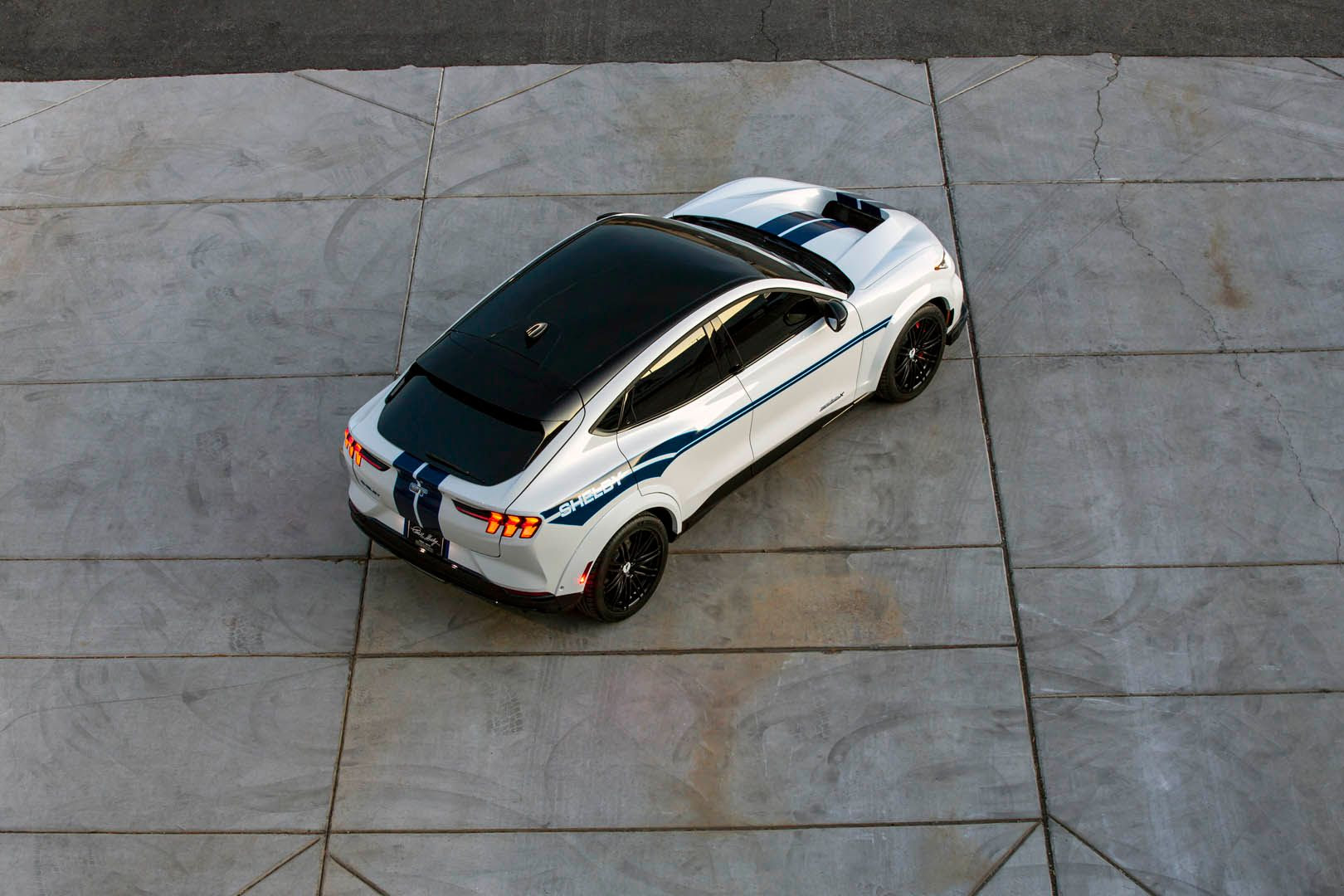 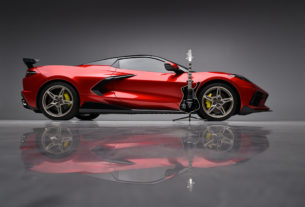