An excellent restart for Kyle Busch in the closing laps of the Ashleigh Kirsch Mortgages 150 at the virtual Michigan International Speedway netted the NASCAR Cup Series driver his first Monday Night Racing Rowdy Energy Pro Series victory of the season.

With 12 laps to go, Busch lined up eighth in his virtual No. 51 Rowdy Energy Toyota Camry Super Late Model. By the time the field exited Turn 2, he was up to seventh, on the inside. What happened next was that the two-time NASCAR Cup Series champion swung to the inside, making a five-wide pass for second on the backstretch. Continuing his momentum, took the lead from fellow Cup Series driver Anthony Alfredo.

Before the driver of the virtual No. 38 Sim Seats Ford Mustang Super Late Model could challenge Busch for the lead, the caution waved. Another caution with three laps to go forced the race into overtime.

On the final restart, Busch ran about a lane above the white line in Turns 1 and 2 and held his momentum off the corner. That kept NASCAR Xfinity Series drivers Preston Pardus, Will Rodgers, and others at bay. When the checkered flag waved, Busch was 0.207 seconds ahead of Pardus and Rodgers. Max Kennon and David Schildhouse completed the top-five.

“We played it well to what we needed there, just being able to have a strong run,” Busch explained. “Early on we got run into a little bit. Thought we were going to have to use our one reset there too early, but it all worked out. There towards the end, being able to have that awesome restart, we went from eighth to the lead by the time we got to Turn 3. That saved our race right there. That was the move of the day, got us the lead, and we were able to control it after that.

“Definitely running laps at Michigan (helped for tonight). For some reason these cars are just so radically different than anything we drive or that I’ve driven. Super Late Models is what I grew up driving but running them at Michigan is not similar to anything that I’ve ever done. That was certainly new, trying to figure that out, and learn the certain tricks of the trade were.

“I didn’t get any practice laps, loaded up the sim three minutes before qualifying was over. I got two laps and then learned everything in the race. Great outcome for the Rowdy Energy Toyota Camry. That was cool, that was fun.”

Another storyline in the race were the new 1v1 challenges. Rodgers was paired with Vargas while NFL Super Bowl Champion Bernard Pollard Jr went up against MLB Athletics Pitcher Cole Irvin. Both battles ebbed and flowed back and forth between both drivers in the pairings. Rodgers ultimately beat Vargas. Meanwhile Pollard scored his best career finish in Monday Night Racing in the virtual No. 31 Ally Chevrolet Super Late Model.

In total the race was slowed eight times for a total of 24 laps. The biggest incident of the night took place with three laps to go. Two separate wrecks happened at the same time on the backstretch. Bickford, Brad Perez Garrett Smithley, and NTT IndyCar Series driver Stefan Wilson crashed at the front of the back. Further back, contact between Steven Ellis and Collin Fern sent the virtual No. 68 Shenandoah Shine Chevrolet into the outside wall. Fern collected Seth Eggert, Melillo, and others in the melee.

Busch was not immune to the on-track incidents. He was swept up in an early incident and then nearly wiped out at the halfway mark of the race. Busch used his fast repair and climbed back up the running order en route to victory.

After a week off, Alfredo, Tim Dugger, and Dale Earnhardt Jr returned to the iRacing league. Both Dugger and Earnhardt struggled, being swept up in incidents throughout the race. Alfredo finished 19th with Dugger 20th and Earnhardt 40th. 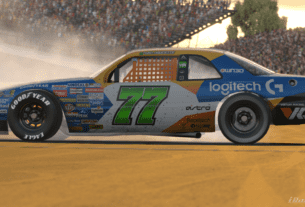 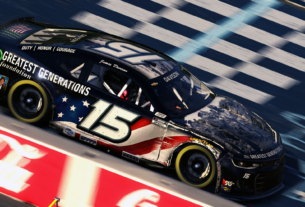 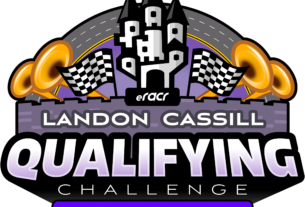