“I’m from Locust Grove, GA and I’ve been driving dirt late models on and off since I was 13 years old,” said Alexander. “I just recently made the switch over to asphalt to run some over here. and I’m really looking forward to it. got some really cool races coming up that we are going to announce so everyone can stay up to date on where and what is going on by following my racing page on Facebook which is Morgan Alexander Racing LLC.”

“I can’t say enough great things about the guys’ atNiece Motorsports,” said Alexander. “Cody (Efaw) runs a great operation and is very hands-on and involved I couldn’t ask for better people to be partnered with.”

Alexander finished solidly at Southern National finishing 12th after starting 12th in his debut. The biggest thing about his debut was so that he could gain seat time as the season progresses.

“Well right now we’re just trying to get all the seat time we can,” said Alexander. “It worked out that one was close to the house for all the guys involved helping me so we thought it would be a great idea to come and compete to see where I was at as an asphalt driver. I learned a lot got some very valuable seat time got to know the crew guys a little better and get a feel for things so I definitely look forward to the next one. I think we’re going to do a few more ARCA races this year but I’m not sure about our plans for next year as we are all discussing those now.”

Being a dirt racer, we asked Alexander what he thought about NASCAR beginning to run on dirt more especially with the return of the NASCAR Cup Series to dirt taking place at Bristol Motor Speedway earlier this year. The ARCA Menards Series races at two dirt races during the season, at DuQuoin and Springfield, but Alexander doesn’t believe he’ll be at either.

“I think it’s great it throws in a curve to things and is great for the fan base people love stuff like that,” Alexander said about NASCAR racing on dirt. “I know ARCA races on dirt twice a year but I don’t know that I will be at either one of those but I will be at Irwindale Speedway on July 3rd and Iowa speedway on July 24th.”

As noted, Alexander will make his ARCA Menards Series debut at Iowa Speedway as part of the combination race with the East and National series. He will also run the ARCA Menards Series West race at Irwindale Speedway on July 3rd. Details about those two starts will be revealed as those races approach next month. 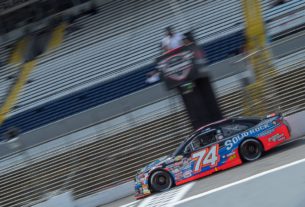 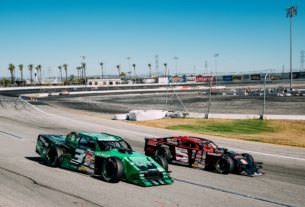