SALEM, IN. – Rajah Caruth has slowly begun to bust onto the scene in the ARCA Menards Series, and on Saturday night, the amount of experience he has earned running a full ARCA Menards Series East campaign and part-time in the National Series, translated into him earning his career-best finish on Saturday at Salem Speedway.

After starting from the 12th position, Caruth kept his car clean and was able to make the passes he needed to make. On the final restart, Caruth was in the right place as he began to throw a fight against the top two but ultimately settled for a third-place finish, his first top-five finish in the National ARCA Series and third top-five spread across the East and National Series.

“It was pretty okay,” said Caruth. “I really struggled in practice trying to figure out this joint. Luckily, our Sunoco and Max Siegel Racing Chevrolet was sporty throughout the race. I was able to make passes and maintain some sort of grip with how abrasive the track is. I am so thankful for this race team, REV, and Max for giving us kids a chance to race. It’s a bummer to get beat by the 15 and 18 but we’ll keep on coming. We’re a small team and to finish with them is a big deal.”

“The competition level of races is a lot, I mean racing against Ty, Corey, and Jesse, they’re good. I am not saying the guys on the East aren’t good, it was hard racing Daniel, Sammy, and Parker. Overall, these guys are really good. I really struggled at Milwaukee, at Bristol I felt like I was pretty good and things didn’t go our way but overall tonight was really solid and we got some good notes for next week at Kansas.”

The ARCA Menards Series competes on a total of six short tracks while the East Series schedule consists of seven short track races which were ultimately where Caruth found a bit of advantage against the drivers in the National Series on the short track of Salem.

“It helped me a lot,” added Caruth about running the East Series and translating that into success in National Series races on short tracks. “No matter what, when I can be in this car it pays dividends just because I haven’t had years of experience in these cars. Like this is my ninth race in an ARCA car and so It pays dividends to get seat time and will help me keep improving and learning as long as I continue putting in work.”

Caruth is one of the few drivers to have confirmed his 2022 plans as he’s being promoted to a full-time ARCA Menards Series slate with REV Racing. He’ll also run in the NASCAR Xfinity Series on a part-time basis with Martins Motorsports. 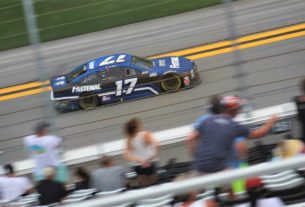 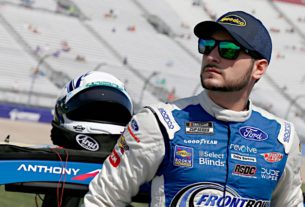 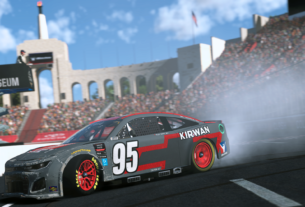