After a miserable start to the 2021 NASCAR Cup Series season, Aric Almirola finally scored a top-10 finish at Richmond Raceway.

Prior to the Toyota Owners 400, the best finish for the Stewart-Haas Racing driver this season came at Phoenix Raceway. That day, Almirola’s No. 10 Ford Mustang took the checkered flag in 11th.

At Richmond, the Tampa, FL native drove up through the field. A caution in the middle of green flag pit stops in Stage 2 left Almirola as one of six cars yet to pit. Between himself and those that had unlapped themselves, the 37-year-old was one of just 12 cars on the lead lap.

From lap 142 on, Almirola was virtually locked inside of the top-10. He finished the second Stage in 10th, gaining just one additional point.

A late-race caution for his Stewart-Haas teammate Kevin Harvick setup a 12-lap run to the finish. Almirola lined up just inside the top-five. Despite the short run, tire wear relegated the driver of the No. 10 Smithfield Ford Mustang to a sixth-place finish.

“Man, I really battled for fifth there at the end,” explained Almirola. “But I burnt up my tires on the outside in the process. Finally, a solid day for our Smithfield team. Everyone did their part, and we were mistake free today. Let’s fire it up and keep it rolling.”

The trend for Almirola for this season has been a DNF due to a crash followed by two finishes under power. Richmond marked the second consecutive race that he has finished under power. Almirola looks to buck that trend at Talladega Superspeedway next weekend.

The sixth-place finish is not just the first top-10 finish for Almirola this season, but the 80th in his NASCAR Cup Series career. It also marked the first time this season that he was the best finisher amongst Stewart-Haas Racing’s four drivers.

The top-10 finish moved Almirola up from 28th to 27th in the points standings. He is 77-points behind the playoff cutoff, held by Kurt Busch. Almirola is 297-points behind leader Denny Hamlin. 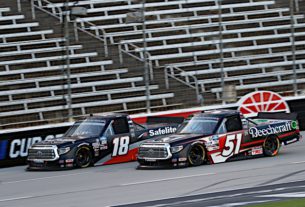 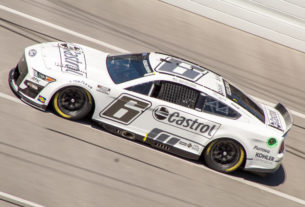 COLUMN: Bettin’ at Talladega Superspeedway Is A Crapshoot Based On The Big One 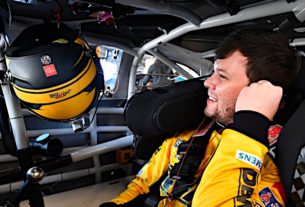 RP Funding sponsoring Erik Jones in the Clash at Daytona