PHOENIX – Second chances for athletes are under the microscopes of fans across all sports. Some come out with great success, such as Michael Vick or Tyson Fury. Emerging from a past of poor choices or addiction makes returning to the sport they once loved nearly impossible in some cases. Yet Vick, who signed a one-year contract with the Philadelphia Eagles after his prison sentence, compiled the greatest season of his career, including a Pro Bowl invitation and the 2010 NFL Comeback Player of the Year. Fury was in a state of depression and addiction and now sits at the top of the World Wrestling Entertainment (WWE) world. Earlier this year, his knockout of Deontay Wilder in Las Vegas made him the first heavyweight in WWE history to hold title honors of WBA, WBC, WBO, IBF and The Ring.

In NASCAR, the comeback story of Kyle Larson is more than just the dominating performance on the track. It’s become a crossover story that has driven fans from asphalt to dirt.

Because of Larson, Fans Now Watch Dirt Racing and NASCAR for First Time

Many NASCAR fans have yet to see a World of Outlaws event, Formula 1 or even an NTT IndyCar Series race. The same is true for Formula 1 and World of Outlaws fans regarding NASCAR. One could even toss in other forms of racing with the NHRA (National Hot Rod Association) or the two-wheel competitions of the Monster Energy AMA Supercross Championship.

“I get a lot of times where fans will come up to me and say that I’m the reason why they’re watching NASCAR again,” Larson said. “And that makes me feel really good. Then when I see NASCAR fans at the dirt track who might tell me they went to their first dirt race because of me and they love it now, that also makes me feel really good. Seeing at any race I run the different t-shirts of mine that people are wearing.”

Stands are always filled with fans wearing colors, numbers and sponsors of their favorite drivers. It’s much like the Los Angeles Dodger stadium filled with white and blue jerseys or a flock of “cheeseheads” at Lambeau Field. It’s the legacy and tradition that fans pass along to other fans or to their children to keep those going from generation to generation. Larson, as well as other drivers, takes note of that when they look at the stands and see their merchandise on adults, teens and kids. For Larson, his situation stretches more than just NASCAR with his success in other forms of racing.

“You know,” Larson said, “A lot of times at NASCAR races, I’ll see people wearing sprint car shirts of mine. At the dirt races, they’ll have the number 5 gear on. It definitely makes me feel good that I feel like I’m doing something positive for the sport and growing it. That’s the ultimate goal of mine is to just put this sport in a better spot the day I’m done than when it was when I came in.”

Crossover between motorsport focuses is not uncommon, but there are still many fans who have yet to see competitors in certain disciplines racing in their field. For drivers, most stayed focused on one series throughout the entire year, though there were a few exceptions. One of the most common “double duty” crown jewel events is during Memorial Day weekend with NASCAR’s Coca-Cola 600 and the NTT IndyCar Series’ Indianapolis 500. It started as early as 1963 with NASCAR regular Junior Johnson, who attempted the Indianapolis 500 but failed to qualify. Three years later, open-wheel saw their first stock car competitor make the field with Cale Yarborough skipping the 600 at Charlotte Motor Speedway and making his way to enter the race at Indianapolis Motor Speedway. He qualified for the race and ultimately finished 28th. While that might not be impressive to some, it was a milestone that many lifelong fans admired and paved the way for what was to come.

It wasn’t until 1971 that both races held on the same calendar weekend saw a driver attempt both races, resulting in one of the best historical runs across the 1,100-mile races. Donnie Allison finished sixth in Indy on Saturday, May 29, then flew to North Carolina to finish second in the 600 on Sunday, May 30. It wasn’t until 1994 that NASCAR saw the favor returned with John Andretti, an IndyCar veteran making the switch to NASCAR through the iconic double-duty weekend.

Larson has shown this year that whatever he drives, he drives fast. A stretch earlier this year of a dozen combined wins between NASCAR, World of Outlaws and sprint car racing over less than two months proved that – not that he needed to prove such a feat. A double-header weekend would be right up Larson’s alley and an attempt at the 500 and 600 during Memorial Day weekend is always “open for discussion,” but the California native knows there are more pieces to align to make something like that happen.

“It takes a lot to build a track on the infield or something,” Larson discussed when looking at opportunities and potential options for a big double-header weekend for NASCAR and sprint car racing. “Indy was able to do that with the BC39 (USAC National Midget Championship) race there. If they can do that on the same weekend or week, that would be awesome.”

BC39 is a 39-lap memorial race for Bryan Clauson, an Indiana native who raced in the Indianapolis 500 and USAC races whose number was 39. Clauson was a young, up-and-coming driver who also began uniting stock car, open-wheel and dirt racing fans. Regrettably, at just 27-years old, he suffered a fatal midget car crash in 2016 at Belleville High-Banks Speedway in Kansas. Between USAC and World of Outlaws, there seems to be a few great opportunities to make a big weekend for racing action for fans to attend both events and see drivers compete on both dirt and asphalt with two completely different vehicles.

“The World of Outlaws just released their schedule,” Larson continued. “They’re not running at Vegas. Typically, they’ll be at Vegas running across the street when we’re there later that weekend. Lakeside, they’ll run, which is only 15 minutes from Kansas Speedway.”

Sponsors Roll Support Over from Dirt to NASCAR

However, it’s not only the fans in the stands or the drivers on the tracks but also the sponsors on the cars. Tarlton & Son Inc. became a primary sponsor for Larson at the NASCAR Playoff race at Las Vegas Motor Speedway this year. Tommy Tarlton, who raced against Larson in sprint cars, retired from full-time racing to focus on his construction framing company based in California. Despite a few past run-ins on the dirt circuits, Tarlton approached Larson for a primary sponsorship opportunity.

“I used to compete with Tommy (Tarlton) and we were actually big rivals when I was racing sprint cars when I was 15, 16, 17 years old. We just didn’t get along. We raced hard, wrecked each other a few times. He wanted to kill me one night at Tulare (Thunderbowl Raceway). When he retired from full-time sprint car racing, we became good friends and he became a big supporter of mine with the dirt side of things.

“Then this year when he called me with the idea to sponsor the Cup car, I thought that’s not real. But it’s been really cool to have him be a supporter in the Cup side of things too and as a primary sponsor at Vegas was awesome. They had a lot of people there. He’s coming to the (Phoenix) race on Sunday.

An unsure season turned into an unknown situation leads now to a potential championship result as Sunday rolls through. For Larson, it’s been a humble journey where he looks to soak in every passing moment.

“It’s been good to look ahead to Phoenix,” he said. “I would love to win nine races a year for the rest of my life. But it’s all about opportunity. I’ve been blessed with a great opportunity with a great team with Cliff Daniels leading it. Timing is important, and it’s been really good and I’m glad we’ve been able to take advantage of it.

“I hope this is the new normal.” 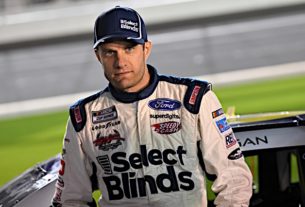 David Ragan ‘I really wasn’t tired of the driving part’ 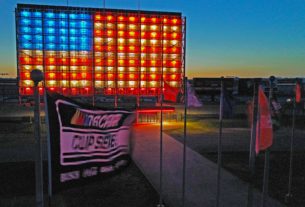 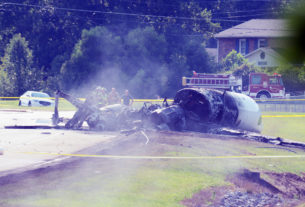