As the laps wound down in the Bass Pro Shops NRA Night Race at Bristol Motor Speedway, Kevin Harvick was on his way to winning his first race of the season. After winning nine events last year, it’s been a surprise all year long to see the stock car veteran not in Victory Lane yet. When Harvick was challenged for the lead by reigning NASCAR Cup Series champion Chase Elliott, tensions rose across the grandstands.

With less than 50 laps to go and in now heavy lapped traffic, contact between the two drivers sent Elliott to pit road after Harvick’s exhaust pipe appeared to cut down the left-front tire of Elliott’s machine. When Elliott came back on the track, he ironically was just behind the new battle for the lead between Harvick and Kyle Larson, but three laps down. With two new tires, Elliott was able to get one of his laps back but not without sending a message to Harvick by driving just inches away from his door. Elliott would eventually finish the race three laps down in 25th with Larson passing him back as he secured his sixth win of the season at The Last Great Colosseum.

But Harvick seemed to be more upset at finishing second. That’s classic with the history of Bristol in NASCAR. It’s a place you want to win or wreck trying, but getting wreck when trying has not gone over well with drivers in the past. Check out the videos below in what was one of the wildest weekends across all three touring series at Thunder Alley. 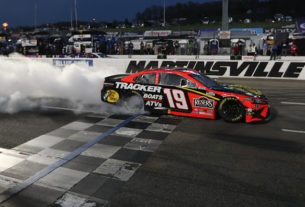 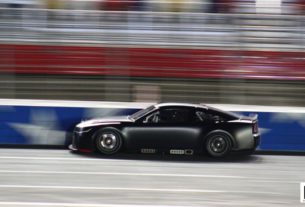 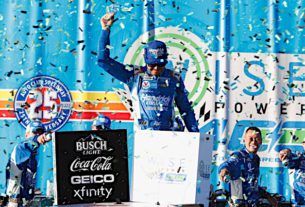