Yesterday afternoon’s My Bariatric Solutions 300 was Starr’s first Xfinity Series start since Phoenix Raceway at the beginning of March, an event where he finished 26th.

Rolling off the starting grid in the 23rd position, Starr finished the first stage in 27th and then worked his way up to a 22nd place finish in the second stage.

The cards would fall just right as the checkered flag waved and Starr found himself finishing the 16th event of the season in 13th.

Starr’s previous best finish at Texas in the series was 15th in 2014. Saturday’s result marked Starr’s second Top-20 result of the season, having finished 18th in the season opener in February.

Today was awesome! It felt so good to be back on the track at @TXMotorSpeedway. The No. 07 @SSGLR0708 Chevy finished P13, it was a blast! It wouldn’t have been possible without our incredible sponsors and I’m grateful for that from the bottom of my heart.

Additionally, the result is his best finish in the NASCAR Xfinity Series since a fifth-place finish at Daytona in 2017 and furthermore it’s his best finish on a 1.5-mile track in his NXS career.

Another thank you to @SSGLR0708 and Bobby Dotter for the opportunity to pilot the No. 07 this week. It was AWESOME working with crew chief Jason Miller again, it’s been a while but we work great together just like back in the truck series!

Aside from the five NXS events he has competed in 2020, four for J.D. Motorsports and one for SS Greenlight Racing, Starr has made one NASCAR Cup Series start this season. In his first NCS start at Martinsville Speedway in June, Starr piloted the No. 53 Helluva Ranch / Richardson Service Chevrolet for Rick Ware Racing to a 32nd place finish. 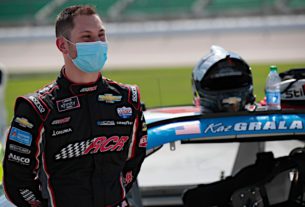 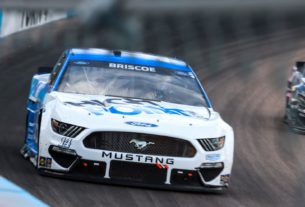 Chase Briscoe Desired More Competition for Rookie of the Year; Becomes Third Driver to Win ROTY in All Three Series 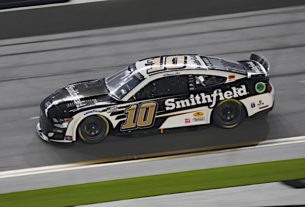 Almirola Fifth in Final Daytona 500 as a Full-Time Driver