If you follow the short track racing scene in the United States, particularly late model racing, you’ve no doubt heard of Josh Berry. The Hendersonville, Tennessee native has been racing for JR Motorsports’ late model program since 2010, winning multiple races and championships along the way, including the 2020 NASCAR Advance Auto Parts Weekly Series championship.

Prior to 2021, however, Berry had only made a handful of starts in NASCAR’s national series – including seven in the NASCAR Xfinity Series, five of which were with JR Motorsports. Even so, Berry had decent runs for someone so inexperienced at this level, earning two top-10 finishes and four results in the top 15 in those seven starts.

So maybe it shouldn’t be a surprise, then, the success Berry has had this season. After announcing a 12-race part-time schedule with JR Motorsports driving the No. 8 Chevrolet in the NASCAR Xfinity Series for 2021, Berry has proven he belongs, most notably with a win a few weeks ago at Martinsville Speedway and a runner-up finish in Saturday’s race at Darlington Raceway.

The 30-year-old driver led eight laps en route to the second-place run, getting passed by teammate Justin Allgaier for the win on an overtime restart.

Though it would be easy for Berry, a driver who is accustomed to winning, to be frustrated falling just a little bit short of the victory, he is still able to keep things in perspective.

“I’m disappointed not to win,” said Berry post-race, “but happy to be here and happy to have the opportunity at these races.”

Had so much fun today.. @taylorcmoyer and 8 team did such a great job. We worked our way forward and had a shot at it! Thank you to all our friends @tirepros that came out today. Onto Dover! @JRMotorsports

Even with a win earlier this season and a stout resume to go along with it, JR Motorsports has still not been able to find sponsorship that would allow Berry to race full-time, so he finds himself sharing the No. 8 car with Sam Mayer, Miguel Paludo, and team owner Dale Earnhardt Jr. for the 2021 season.

Call us at @JRMotorsports to sponsor @joshberry full time. He is a real deal! Darlington, tough, no practice, never raced there…and 2nd place. A full time sponsor will not be disappointed!

Still, Berry knows that even running a part-time schedule with a top Xfinity Series team like JRM is a rare opportunity many others would like to have, and feels like his ability on the racetrack will speak for itself.

“I’m still very thankful and grateful to be doing this. I have a great job racing and this has been a great opportunity,” said Berry. “…There’s lots of racecar drivers that carry the frustration of knowing that they can race on Saturdays and Sundays, so for me to get this opportunity has been huge. No matter what happens after these last four races — if I find an opportunity with JRM or somewhere else or if I just go back to racing late models– I’m still very fortunate to be here and be at JRM as long as I have and finally just landed this opportunity. Like I said, I’m not frustrated. Like I said on TV, I’m just racing for my life, just giving the best I can, trying my hardest, and just trying to get noticed.”

Berry will compete for the $100,000 Dash 4 Cash prize in Dover International Speedway next weekend, but will have to beat AJ Allmendinger, Allgaier, and Brandon Jones in order to win it. 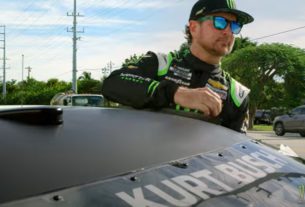 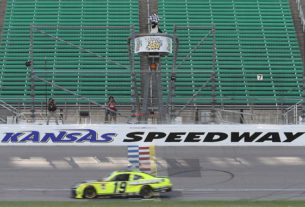 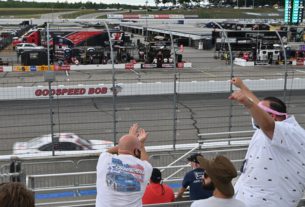 COLUMN: Dedicated NASCAR fans may be an underappreciated bunch