Michael Annett has been in and out of his No. 1 JR Motorsports Chevrolet over the last few months due to a leg injury. And following his third comeback behind the wheel Saturday at the Charlotte Motor Speedway Roval, this time was different.

Announcing his retirement from full-time NASCAR competition on October 6, Annett now has four races left on his racing career in the Xfinity Series.

Despite an injury adding stress to his final weeks, the 35-year-old has a goal in mind: End it on a positive note.

“I don’t want to go out on the run I had at Richmond,” Annett said, finishing 22nd in that race. “It just wasn’t a very good run. I feel good enough to be in the car, I’ve been with JR Motorsports for five years, Pilot Flying J for 20-some years. I just feel like I owe it to them to finish it out. And I want to.”

Finishing 27th Saturday at the Roval, Annett was far from pleased with that result. However, it wasn’t due to ill feelings behind the wheel in regards to his leg injury.

“Personally, I felt fine,” he said. “[The leg] got pinched about halfway through, I started to feel it and then you just quit thinking about it. Your adrenaline gets a little higher. I don’t know a whole lot about it, I just felt it about halfway and I don’t feel it right now [postrace]. That’s a good thing.”

Replacing Josh Berry in the car last-minute, Annett was confident that the tricky road course of Charlotte wouldn’t be an issue of physicality.

“The first time I came back was at Watkins Glen so I knew it wouldn’t be that bad,” he said. “I didn’t want to have to come back at a track I was terrible at [laughs], I would have rather been at an oval. But we fought hard all day. I was eyeballing a top 10 on the last restart and got myself turned.”

The roller coaster ride of hardship since July gave Annett time to access his future. And though many assumed his leg injury was the deciding factor in retirement, he reveals that it was not.

“It’s something I thought of even before I got hurt,” he said. “The injury gave me a lot of time to think about it. I just felt it was time to do something else. I wasn’t as excited going to the airplane each weekend like I used to be. It’s time to let these younger guys have a shot.

“I’ve dealt with an injury before when I broke my sternum [in 2013] and sat out for three months. It’s definitely tough when I thought I was coming back and then had to get back out. Those ups and downs were tough. It was really cool watching Josh [Berry] win the other week and seeing my guys celebrate. That’s what they deserve.”

As for what’s next following the season finale at Phoenix, the Iowa native has plenty of ideas.

“Every hour I come up with something different,” he said. “From going to Charleston and starting a charter fishing company, I’m all over the place. We’ll have some time to think about it.” 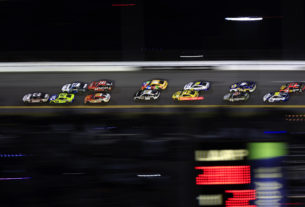 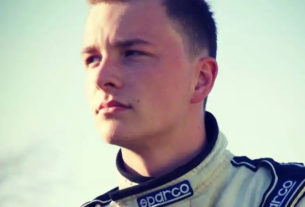 Devon Rouse to Make Truck Debut at Knoxville with Reaume 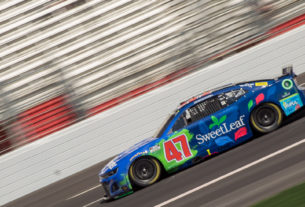