Ryan Ellis will return to the driver’s seat in 2021 for multiple races in the NASCAR Xfinity Series with B.J. McLeod Motorsports.

Ellis told Kickin’ the Tires he has six to eight races in the NASCAR Xfinity Series locked in for 2021 but he hopes to run in both the Xfinity and Cup Series.

As far as the NASCAR Cup Series is concerned, Ellis is hopeful to run some events next season, including the DAYTONA 500, but it all comes down to that one major factor – sponsorship.

“I’m just waiting to find out, like you said its down to sponsorship,” said Ellis. “I have [a lot] of irons in the fire and I am just hoping it works out. That is my lifelong dream. That and the Xfinity race at Daytona have been my primary focus over the last month”

2021 will mark the first time since the 2016 season that Ellis has gotten behind the wheel for more than two NASCAR events and he is looking forward to the opportunity.

Road courses will be a staple in his 2021 schedule, including Circuits of America in which Ellis will have sponsorship for from Tom and T.J. Keen from Keen Parts.

With Circuits of the Americas already confirmed and a couple more road course races in the works, Ellis stated he hopes to run three road courses in Xfinity Series.

“I’m hoping to finalize it that I run Mid-Ohio which is [pretty much] confirmed, and Road America I think will happen,” said Ellis.

Ellis is not new to running races for B.J. McLeod Motorsports, having made four starts between 2018 and 2019. In those four events, Ellis earned three Top-25 finishes with a best finish of 17th at Road America in 2018.

How excited is the Virginia native to get back behind the wheel of a race car? That is something Ellis discussed in length with us.

“I’m really excited! It’s so tough in this sport to lock races down in advance without huge family money or a big corporate sponsor,” explained Ellis. “I’ve been [really] lucky to have some great companies transition with me and give me these opportunities in 2021 and I’m really excited to announce those in the coming weeks.

With my previous role at Go Fas Racing, I was unable to race unless it was a Cup off-weekend. I really only had one or two opportunities a year. Now, with a full schedule wide open, I’m going to do all I can to run [as many] races as possible. I have a feeling we’ll end up with at least 10-12. But I’d love to get closer to half a season or more. The goal is always a full season, but it takes a lot to come together financially for that to happen.

Ellis worked for the NASCAR Cup Series team Go Fas Racing where he did marketing and public relations work. But at the end of last month, Go Fas Racing announced they would transition to a part-time schedule next season.

That left Ellis looking for a new endeavor, but it would not take long for him to find one.

“I will be working at Klik Marketing as their Marketing Director. Essentially, I am going to be trying to work with race teams to create content. Whether it is video, photo, or PR throughout the race weekend,” explained Ellis. “There is a lot more happening and we are not able to have guests at the race track. I think if we are able to create video and photo content for them at the [race] track to send them that goes a long way.

Doing that during the week and they are going to help me find some sponsors and working with my sponsors throughout the year. I have never been out of the industry my entire life, worked outside of it, but I have never been completely out like this, it is a [little] weird.”

With all that said, the desire to run a full season remains intact for Ellis. It’s something that has remained a goal of his for a number of years now.

“It’s been my goal since I’ve gotten into the top-three series of NASCAR. It’s just so tough to lock down the amount of money necessary to compete full time,” said Ellis. I want to race, I’m not there to ride around. When my full paycheck was dependent on driving, I had to put myself in some bad spots with equipment. Whether that be no sticker tires for a race or just a program that didn’t have any money to race on that particular week, so they’d hire me.

Now that I’m secure with a great job with Klik Marketing who is supporting me every step of the way. I can focus on getting good opportunities and not taking every single one. The goal is to run full-time at some point. I’ve just got to get my name back out there and find enough sponsorship to make it happen.”

Authors Note: Ellis’ NASCAR Xfinity Series car number and additional sponsors for his 2021 season will be announced at a later date. 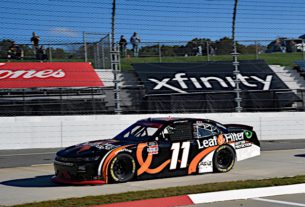 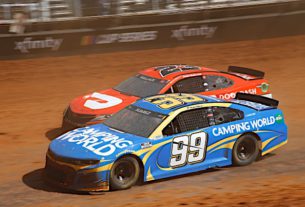 Career day for Suarez on the dirt at Bristol 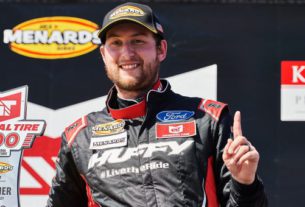