Jordan Anderson nearly pulled off the upset in the NASCAR Camping World Truck Series at Daytona International Speedway last year. Now he will move up to the Xfinity Series full-time.

Anderson and his Jordan Anderson Racing (JAR) team will field the No. 31 Bommarito Automotive Group Chevrolet Camaro SS in Xfinity. The driver/owner will use ECR engines and cars from Richard Childress Racing. Artie Haire will lead the team from atop the pit box as the crew chief. Haire joined JAR last summer.

“It is absolutely amazing to see the doors that God has opened for us and this journey continues as we expand our organization to compete within the NASCAR Xfinity Series this year” said JAR driver/owner Jordan Anderson.

Although Anderson has been a driver/owner since 2018, he has competed in the Truck Series since 2014. In 124 races, he has earned one top-five, a photo finish at Daytona with Grant Enfinger last season. Anderson also has four top-five finishes, all of which came as he was also the owner.

Anderson will compete for rookie-of-the-year honors in the Xfinity Series. Currently he is the only driver declared to compete for rookie honors. While competing full-time in the Truck Series, Anderson has 13 career starts in the Xfinity Series. His best finish in Xfinity was 26th at Dover International Speedway in 2017 while driver for B.J. McLeod.

“Our team has been incredibly blessed to have an amazing support group behind us that believe in what we are trying to build and develop for the future,” explained Anderson. “Everyone within our team has worked tirelessly to put all these pieces together. I have faith that the effort will show when we compete at Daytona – and beyond.

“I am thankful to John Bommarito and the entire Bommarito family for their vision in making this new chapter possible, along with every single one of our team partners. As well as everyone at RCR and Chevrolet for their help in assisting us assemble a solid foundation for our team to start with.”

The career path for Anderson has been a case of ‘life imitating art.’ Much like the Electronic Arts NASCAR Thunder console game series, which the 29-year-old has on his pit box, he has consistently improved his team. Anderson has added partners, improved his equipment, and personnel throughout his three years of team ownership.

Longtime partner Bommarito Automotive Group is the primary sponsor, other partners will be announced at a later date. John Bommarito’s company first sponsored Anderson prior to the Forest Acres, S.C. native becoming a team owner.

“At the Bommarito Automotive Group we firmly believe in the power of teamwork and the unstoppable force it creates” stated Bommarito President, John Bommarito.

“To be a part of the growth and journey that Jordan Anderson and his team has been on is very special. His team exemplifies everything our family of employees prides itself in a strong and continuous work ethic, honesty, integrity, a desire for excellence, and a never give up attitude.

“Our family of employees and customers are honored, and excited, to have the Bommarito brand carried upon his No. 31 Chevrolet Camaro SS this season. We have an amazing group of strategic corporate partners that are joining us as we bring this vision to life and put a fast Chevrolet on the racetrack.”

Despite moving up to the Xfinity Series, Anderson will continue to field his No. 3 Chevrolet Silverado in the Truck Series. He will perform double-duty at Daytona with Bruce Cook as his Truck Series crew chief. Other drivers competing for JAR will be announced at a later date.

Anderson’s debut as a driver/owner in the Xfinity Series will come in the Beef. It’s What’s For Dinner 300 on Saturday, Feb. 13. 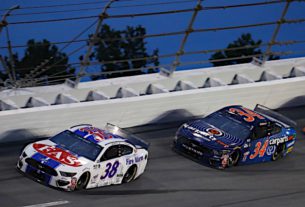 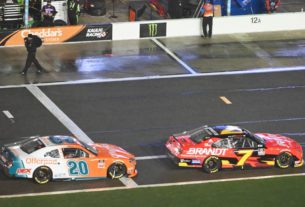 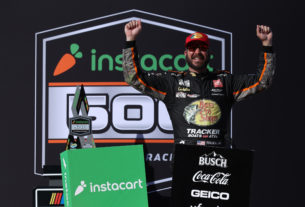