Riley Herbst was a rocket during the final green-white-checker finish Saturday Night at Phoenix.

Restarting from seventh during the final restart of the 2021 season, Herbst moved from seventh to fourth. The move pushed his top-five total for 2021 to five, one more than the Las Vegas, NV native earned in 2020.

That's a wrap on the 2021 NASCAR Xfinity Series season.

We're proud of the No. 98 team who never gave up, no matter the obstacles that came their way. pic.twitter.com/V5vwQXcp8F

“I think we had a little bit going on with the motor and the power steering,” said Herbst. “So the short runs we were loose and it was really hard to drive because I couldn’t counter-steer to the right, just because the power steering was going in and out. I was begging for long runs because once we got spread out and I could start just being easier on the front tires and then, ultimately, be easier on the steering. Thank you to Monster Energy, Ford Performance, and Stewart-Haas Racing. It’s a good way to close out this year after kind of a really bumpy year, to be honest with you. Hopefully, we can go into 2022 pretty strong.”

Herbst benefited from the caution-filled race as he struggled with power-steering issues throughout the race. Herbst stayed consistent though through the race but despite the issues faced, finished inside the top-10 in both stages. He finished ninth in stage one and 10th in stage two.

The fourth-place effort was his second straight top-10 finish as he finished 10th at Martinsville. It’s his third fourth-place finish of 2021 and fifth top-five. Along with bettering his top-five total from 2020, Herbst also finished one position better in the points standings finishing 11th. 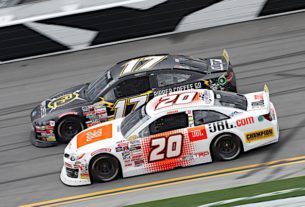 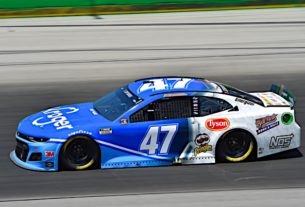 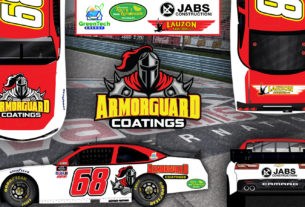