eRacr continues its’ tradition of promoting major events with the return of the Landon Cassill Qualifying Challenge (LCQC) presented by Blue Emu.

The return of the Qualifying Challenge, and its’ second appearance under eRacr promotion will feature a new format. Up for grabs is a $12,600 prize pool. The track that the Landon Cassill Qualifying Challenge will take place at will be announced at a later date.

We are proud to announce the 2021 Landon Cassill Qualifying Challenge presented by @BlueEmu1 #LCQC pic.twitter.com/etDSxEZdlj

The format is a “first of its’ kind” format for iRacing events. Limited to a maximum of 360 entries, the drivers will take part in group qualifying. The 40 fastest times will advance to the next round of ‘All-Star Qualifying.’

All-Star Qualifying takes its’ inspiration from the real-life NASCAR Cup Series All-Star Race qualifying. Drivers have three times laps in which they will be required to make one stop-and-go in the pits. The competitors will not only be allowed but encouraged to speed on pit road much like their real-life counterparts. eRacr’s Race Control will clear iRacing’s automated black flags.

Of the remaining 40 drivers, the top-15 advance from All-Star Qualifying. The other 25 drivers enter Last Chance Qualifying. The LCQ this year is a ‘pursuit-style’ race. Every lap the car in last place is eliminated from the race. The last driver still on track advances to the main event.

The main event 2021 running of the Qualifying Challenge is a ‘1v1’ bracket-style qualifying. Faster of the two drivers advance. The head-to-head challenges continue until the fastest iRacing driver of 2021 is determined.

Putting the word ‘challenge’ into the Landon Cassill Qualifying Challenge, the fastest driver in All-Star Qualifying gets to choose their opponent, live on air. The next fastest driver chooses their competitor and so on.

Registration for the Landon Cassill Qualifying Challenge opens on November 17 on eracr.gg. Entries cost $25, a standard for the major eRacr events.

Each night of the Landon Cassill Qualifying Challenge will be streamed live on eRacr’s Twitch Channel, as well as eRacr’s Facebook and YouTube pages. 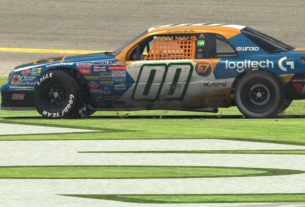 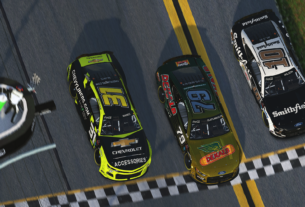 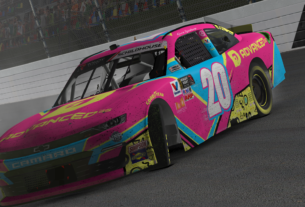