Skip to content
Home>eSports>Then there were four, eNASCAR Championship to be decided Monday at Homestead

The season started eight months ago with a wild race at virtual Daytona International Speedway. The season-opener went caution-free and was won by 2019 eNASCAR runner-up Keegan Leahy. Now the championship will be decided at virtual Homestead-Miami Speedway, and it will be streamed on enascar.com/live Monday night.

In the eNASCAR Playoffs, Zalenski of the Virtual Racing School utilized his road racing skills to lead flag-to-flag at the Charlotte Motor Speedway ROVAL. William Byron eSports’ Ottinger, who made the Playoffs despite connection issues at the Charlotte oval earlier in the year, survived the chaos at Kansas Speedway.

Conti was one of two drivers to enter the Playoffs without a win, joining Lowe. A blown motor at the ROVAL and a last lap accident at Kansas put the JR Motorsports driver in a must-win situation at Texas Motor Speedway.

Conti dominated the race at Texas, earning his first win in two years and leading the first one-two finish for JRM’s eSports operation.

Despite three consecutive wins early in the season, Luza was forced to make the Championship 4 on points. A late race accident at Texas collected Playoff contenders Lowe and Mullis. The damage was too much for the duo and the Williams eSports driver made the Championship 4 with three points to spare.

“We look forward to crowning the 2020 eNASCAR Coca-Cola iRacing Series champion, concluding one of our most successful years of eSports competition to date,” said Tim Clark, senior vice president and chief digital officer, NASCAR. “As a result of iRacing’s leadership and collaboration this season, our traditional esports series and the world’s most elite sim racers commanded increased attention from fans globally.”

The 2020 Championship 4 drivers have combined for nine victories in the 19 events to date.

Both Conti and Luza are looking for their second eNASCAR championship. Conti earned his first in 2014. Luza captured the honor in 2017.

2020 is the second appearance in the Championship 4 for Conti. His 2014 eNASCAR Championship came before the introduction of the Playoff system on iRacing.

“I just can’t believe this actually happened,” Conti admitted in disbelief after his Texas win. “This is just crazy. I have never been that excited to win a race before. I won a championship, a championship, and I was monotone, but this was crazy. This was the most intense season by far.

“To be in the spot after the ROVAL where I had a ‘money-shift,’ that was a really bad time to be in that spot. I was in position last week only to have it ripped away. Just when I thought I was just going to walk away with it tonight in that last run, but then it got exciting again. I can’t thank everyone enough, WR1, Dale, thanks for believing in me. It took two years to get a win, but we did it at the right time.”

The 2020 season marks the third appearance for Luza in the Championship 4. His 2017 eNASCAR championship came in the debut of the Playoff system on iRacing. In 2018 he finished runner-up in the championship to Alfalla.

“All of our racing is just so much different this year compared to previous years,” admitted Luza. “Homestead is going to race a little bit better for us. The draft is going to be such a big deal, I’m excited for that. I don’t think we’re going to have quite the melee at the end of the races that we’ve had in recent races.

“I’ve turned a ton of laps at Homestead. A lot of us are realizing right now that the crosswind, whatever we’re driving in right now is going to make Homestead a lot different than it ever has been for me personally.”

“I’m just out to get it done, Ottinger explained. “I’m ready to get it done, get after it. It’s a high-pressure situation on track with other competitors. Our season is on the line, it’s time to get a championship.”

In the run to the championship, Logitech Gaming provided Ottinger with a new wheel. The Logitech G923 is one of the newest releases from the company. Ottinger previously had been using a Logitech Driving Force GT wheel.

“Logitech and William Byron eSports have given me the tools to go get it done,” Ottinger admitted. “I’m even on Logitech’s new G923 wheel the last five-six races. It’s truly made the difference for me. I’ve been on a Logitech wheel ever since I started. I never changed it, been on a Driving Force GT wheel until I changed it this year. They were kind enough to send me a wheel to try out and haven’t finished worse than seventh with it.”

“I’m so excited to have a shot for it with William Byron eSports,” Ottinger said after his Kansas win. “We’re going to Homestead! I’m so excited! To get to the final four, it was tough this year. This is the toughest it’s been for me and I think we’ve been rising to the occasion and bringing really good cars.”

For Zalenski, 2020 marks his third appearance in the Championship 4. In 2017 and 2019 he finished third in the championship.

“I don’t know how we’re still able to do this,” admitted Zalenski after his win at the Roval. “You put all of this preparation in and somehow you’re able maximize every aspect every time. I’m just happy that we’re going to Homestead, that’s the goal. A road course is a road course, but we’re trying to go to Homestead to win a championship.”

Since the eNASCAR Coca-Cola iRacing Series debuted in 2010, seven drivers have captured the championship. Alfalla is the series only multi-time champion with four titles. Conti, Tyler D. Hudson, Kenny Humpe, Luza, Zack Novak, and Richard Towler each have earned a championship in NASCAR’s eSports extension.

“This year’s eNASCAR Coca-Cola iRacing Series has been the most exciting eNASCAR season yet,” said iRacing president Tony Gardner. “This year’s playoff drivers have been pushing hard for an opportunity to make it into the Championship 4. The ones who have made it will all make for a worthy champion if they can get it done.

“Last year’s finale came down to the final turn and run to the finish line, and we expect no different this time around. We’re also thankful to both NASCAR and NBC Sports for their support, especially as we bring the exciting highlights of the championship race back to NBCSN after the real-world Cup Series finale.”

Another storyline at Homestead is the relegation battle. 16 drivers have locked themselves into the eNASCAR Coca-Cola iRacing Series for the 2021 season. Four spots remain with over 10 drivers vying for a guaranteed opportunity to return next year.

Eight drivers were mathematically relegated after the race at virtual Texas Motor Speedway. Those drivers will have to race their way back into the Coca-Cola Series though the eNASCAR iRacing Pro Series during the winter. 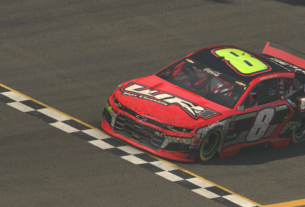 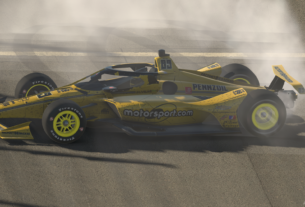