SALEM, IN. – It has been a very tough year for Gracie Trotter.

Between wrecking while contending at Daytona to wrecking out before even taking a lap in the second race at Phoenix, it seems what could go wrong has gone wrong. Despite the two bad incidents, Trotter has managed to find the top-five for the first time in her ARCA Menards Series career twice in 2021 including in Saturday’s race at Salem. Coming off of two straight 10th or worse finishes, Trotter’s top-five finish Saturday night was a breath of fresh air and something to take with her into the off-season.

“It went pretty well honestly,” said Trotter. “At the begging of the day I didn’t really know how much I would like this track but at the end of the day, it’s pretty good. I really like this track now, it was kinda hard to figure it out there at the beginning, I wish we had figured it out earlier but I didn’t really have much there at those restarts. We had a long-run car for sure and I felt like we had the car to win the race if I had just had a better position and get up better there on the restarts. That is just one thing that I need to work on is getting better on those restarts and getting around cars a little bit better especially at places like this. This was a massive learning experience and I am so glad the night ended the way it did.”

Trotter has 26 total starts across the three ARCA Menards Series schedules and has one career victory to her credit coming last season. Trotter’s lack of experience on tracks has been kind of the downfall of her success but she has still managed to find success while also playing the learning game and feels that more track time would be the best bet.

“I for sure feel like if I had more experience racing these ARCA cars and the different tracks,” Trotter said about her lack of experience keeping her from a better finish Saturday and many other times this season. “I am used to racing at small short tracks, no bigger than a half-mile like Hickory and Tri-County back home in North Carolina so that’s about all I am used to. Nothing can compare to Salem, at least that I have competed on. All of the tracks that I have been on this year racing the ARCA Series I have never been to a place like this before. Getting behind the wheel, having races like tonight, and the more seat time I can get will get better.”

As noted above, 2021 has been a year to forget perse for Trotter but she has kept fighting as her season inches closer and closer to a close. A top-five finish Saturday Night was the best way that Trotter could finish her 2021 ARCA Menards Series season especially when she doesn’t know what she’ll be doing in 2022.

“I can’t even describe how it feels,” Trotter on the top-five finish. “I have just had a rough year this year and a lot of bad luck and just things that didn’t go my way. I for sure have kinda let it get in my head a bit and it’s without a doubt been the toughest year of my career so far. It has been hard but I am very happy with how the night ended. As for next year, I have no idea what I am doing. Sponsorship is going to be our biggest thing, my dad took me to the gates of Hickory Motor Speedway and that I would be responsible for the rest. It’s a lot of hard work but sponsorship is what I need to keep me behind the wheel.” 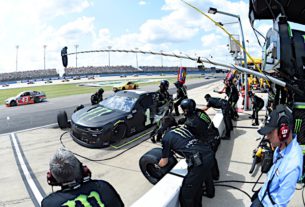 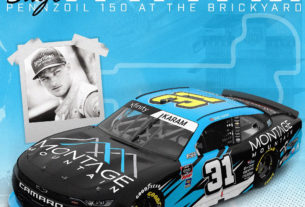 IndyCar veteran Sage Karam to pilot the No. 31 for Jordan Anderson Racing at IMS Road Course 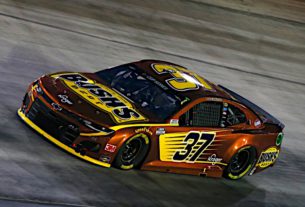 Preece scores his first top-10 of 2020 season at Bristol