After blown engine Texas Motor Speedway and a lackluster ninth-place run at Kansas Speedway in the first two races of #NASCAR’s Round of 8 playoffs, Joey Logano had only one option to make it to the finale at Phoenix Raceway. He had to win at Martinsville Speedway but he didn’t.

Despite leading nine laps thanks to pit strategy, Logano admitted his No. 22 Shell Pennzoil Ford wasn’t fast nor easy to handle over the 500 laps at Martinsville. He held on early for a ninth-place run in the opening stage but in reality, stage points meant nothing.

“Not the best of days,” Logano said. “Nothing really worked out. The strategy piece that we tried worked out fairly well, but we just weren’t fast enough to really stay towards the front and really do much. It’s kind of a bummer. You go out there in a must-win situation and can’t even see the front most of the day, so we just missed it.

“We just weren’t fast enough. We couldn’t get the car to turn. It was just a struggle all day. We tried different things, but the car just wouldn’t fire off good and ultimately in the end you had to fire off good and we didn’t have that either. We tried compromising to try and make everything better, but all that is is a compromise. The guys that win aren’t compromising and it just wasn’t there.”

Logano conceded that even though he can’t win his second NASCAR championship he can battle up front and go for the trophy at Phoenix. It would be a consolation prize but no salve for not winning the title.

“Losing is losing,” Logano said. “I don’t think it matters how it happens. Whether you’re close or you lose by a lot, I think they both sting.” 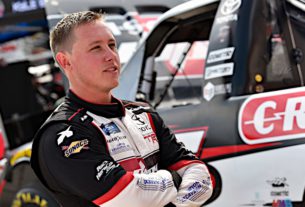 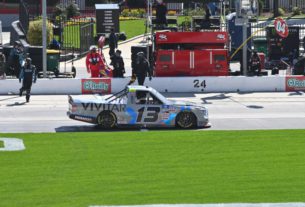 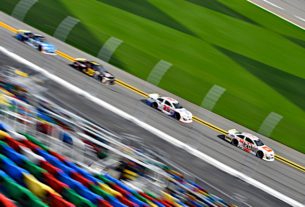