It was the Justin-and-Justin Show Friday night at Richmond Raceway, and it was Justin Allgaier who scored the Xfinity Series victory after 250 laps.

The other Justin was Justin Haley, who came up short in the battle, coming home second in his No. 11 Kaulig Racing.

“Allgaier was just a little bit better,” Haley said. “He was a lot more sideways than I was. We have to put some more right-rear side-bite into it. [The team] kept telling me to back it down and I kept backing it down. I wasn’t slipping my tires so I really didn’t think there was an issue.”

With two wins this season at Talladega and Daytona, Friday night was Haley’s best career finish on a non-superspeedway oval. Additionally, his 51 laps out front were his most ever in an Xfinity race.

“I’m about tired of everyone on social media saying I can’t show up anywhere except for superspeedways,” he said. “I finally showed up with something, that talent matters. So, the critics can go on about that.”

More so, with teammate Ross Chastain finishing fifth, Haley continued what has been a ‘strong’ short track program for the Chevrolet team in 2020.

“I’m really proud of everyone at Kaulig Racing,” he said. “Just an amazing night to showcase what we can really do. If not both of us, one of us is up there every week.

“We had to go to the back there, I passed everyone come up to third in Stage 2. Just an incredible car. We come to these short tracks and we can contend.” 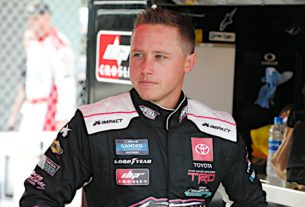 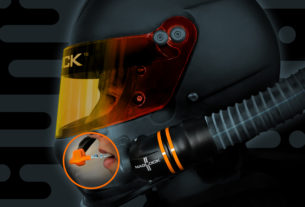 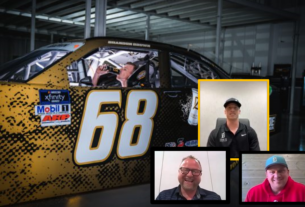