Skip to content
Home>NASCAR>OPINION: Christopher Bell expected to the No. 20 and Erik Jones out is no surprise

When it was confirmed on Thursday that Erik Jones would indeed be departing the No. 20 Joe Gibbs Racing Toyota following the 2020 season, some were surprised. I wasn’t. It’s expected that Christopher Bell will take over the No. 20 Toyota in 2021, and if you think that’s a surprise, again…I don’t.

Bob Leavine owner of Leavine Family Racing, the team in which Bell currently drives for in the No. 95 Toyota announced on Tuesday that the team was sold but would compete for the remainder of the 2020 season.

That pretty much sealed a Christopher Bell to Joe Gibbs Racing move in my eyes. Even if Leavine Family Racing stayed operating beyond 2020, it wasn’t going to be where Bell ended up long term. Sure, JGR and LFR are known to have an alliance but it’s always been talked about that Bell was part of JGR long term.

Anyone who has followed NASCAR for quite sometime I would think figured out Bell would end up in a JGR Cup car, all that has to be looked at is how he did in the NASCAR Xfinity Series for them — Not to mention, he has impressive NASCAR Gander RV & Outdoors Truck Series stats on his racing resume as well.

All of Bell’s 74 starts in the NASCAR Xfinity Series came with Joe Gibbs Racing – over a three-year span. In that time, Bell was mighty impressive scoring 12 poles, 16 wins, 41 top-five and 46 top-10 finishes. Additionally, he’s also led 2,920 laps in NXS competition with an average finish of 10.2.

I know, but it’s not the Cup Series – and I understand that. It still doesn’t take away from the fact that Bell is very talented, and this expected move to the No. 20 JGR Toyota next season really shouldn’t be surprising anyone, even Erik Jones. It’s not something that came out of left field. The possibility of Leavine Family Racing not competing next season had been rumored for much of this season, especially once the COVID-19 pandemic hit the United States.

It’s been an up and down season for Bell in his first full-time season in the Cup Series, but he’s still had some darn impressive finishes. Heading into the double header at Michigan International Speedway this weekend, he has one top-five and five top-10 finishes. He’s still learning, and I think because of the success he had in the Trucks and Xfinity Series, a lot has been expected of him this season. Yes, he has the talent and he will win in NASCAR’s top series but it’s important to remember that he’s 25 (still relatively young for someone in racing) and it’s his first season driving the Cup car full-time…results are never instant no matter who you are.

The pressure will be on come 2021 if it is indeed made official that Bell winds up in the No. 20 – people will expect him to win if he’s back officially under the JGR banner. If this is the case, do I think he will he win? Yes, I believe he will see victory lane at least once and frankly I think he has too. If not, it will really get people talking and speculating.

Now for the almighty subject of Erik Jones. Jones has spent his entire Cup Series career with Joe Gibbs Racing. Heading into Michigan this weekend – Jones home track, he has 131 starts with 2 poles, 2 wins, 29 top-five and 57 top-10 finishes. Jones two victories came in well-known races, the 2018 Coke Zero Sugar 400 at Daytona International Speedway and the 2019 Bojangles’ Southern 500 at Darlington Raceway.

Additionally, similar to Bell, Jones has also made every NASCAR Xfinity Series start he’s ever had with Joe Gibbs Racing, 77 – his 78th was last season in the No. 81 under the XCI Racing banner. In those 77 NXS starts for JGR, Jones earned 15 poles, nine wins, 37 top-five and 50 top 10 finishes with 1,670 laps led. His average NXS finish sits at 11.3.

I’m not surprised that Jones won’t be in the No. 20 next season, the minute Leavine Family Racing made their announcement I had a feeling the ride would be Bell’s. Nothing against Jones at all but this is what was going to happen whether it was this season or the next.

Do I think Jones stays in the NASCAR Cup Series next season? Absolutely, he can wheel a race car and he’s won in the series. It’s a matter of where does he end up? Hendrick Motorsports, Chip Ganassi Racing, Richard Petty Motorsports, Stewart-Haas Racing? These are all teams that have been swirling. It’ll be interesting to see where he lands but I absolutely do not see him going back to the NASCAR Xfinity Series or the NASCAR Gander RV & Outdoors Truck Series. Rumors have been going around already that a deal could be coming together shortly as Jones and his attorney have spoken to some teams.

I do think it’s highly unlikely that Jones ends up in the No. 48 car unless he can possibly bring some sponsorship with him, possibly Resers Fine Foods makes the move with Jones wherever he ends up? With the rumors of Hendrick downsizing to three teams next season, I just don’t think it’s likely he ends up there or some of the other names that have traveled around the rumor mill. However, this is just my thinking and I could be totally wrong – if I am, so be it, it’s racing and as anyone who follows it knows, anything can happen. 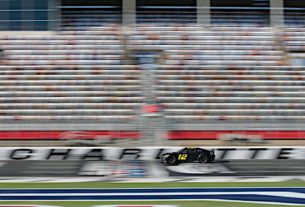 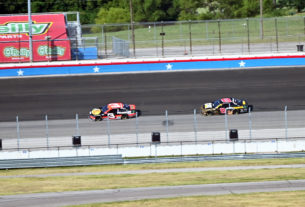 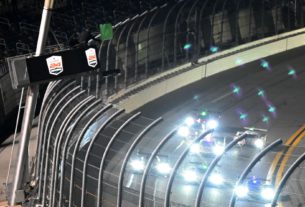 PHOTO GALLERY: A look at the 2021 Rolex 24 at Daytona International Speedway

2 thoughts on “OPINION: Christopher Bell expected to the No. 20 and Erik Jones out is no surprise”