Josh Berry’s final NASCAR Xfinity Series race in 2021 with JR Motorsports saw him climb through the field twice to score a top-five finish.

During the final Stage of the Tennessee Lottery 250, Berry climbed into third. Crew chief Taylor Moyer opted to bring the No. 8 iRacing.com Chevrolet Camaro SS early. The short-pitting strategy backfired as the caution waved. Brandon Brown’s No. 68 KickinTheTires.net / Brandon Davis Music cut a tire and left debris on track. Berry was forced to take the wave around to get back on the lead lap.

Despite restarting outside the top-20, the Hendersonville, TN native stormed forward. Berry drove up to 10th before the caution waved for a multi-car accident less than a lap after the restart.

Caution after caution waved for incidents, hampering the 30-year-old’s progress. Berry picked off a handful of positions until the race was forced into overtime. On the final restart at Nashville Superspeedway, he snuck by AJ Allmendinger and Brandon Jones to take the checkered flag in fourth. The strong run ended Berry’s 2021 campaign with JR Motorsports as Sam Mayer takes over the No. 8 starting next weekend at Pocono Raceway.

“It’s just been an amazing experience,” admitted Berry. “Just so thankful for everyone on our team, everyone back at JR Motorsports, Dale Earnhardt Jr., Kelly Earnhardt-Miller, L.W. Miller, and all of our partners for giving me this opportunity. We had an amazing car today.

“I felt really good about it in practice. We worked on it and got better. The track changed a little bit today, more in our favor. We made some good adjustments overnight. Didn’t qualify well, which is a little discouraging. Man, the car ran the bottom so good. That just let me stay in clean air and make some passes. It was a lot of fun this year.”

Berry’s late race climb through the field wasn’t his only surge forward. He qualified mid-pack in 22nd. The Martinsville Speedway winner passed teammate Noah Gragson and Myatt Snider in the closing laps of Stage 1 to finish ninth. Berry picked up another three spots in Stage 2 to finish sixth.

While Berry may not be in the No. 8 for JR Motorsports at Pocono, he will be competing on track. Pocono currently is the last scheduled for him in the No. 25 Rackley W.A.R. Chevrolet Silverado in the NASCAR Camping World Truck Series.

In the Xfinity Series, Berry returns to the No. 31 Bommarito Automotive Group Chevrolet for Jordan Anderson Racing. He drove for Anderson at Mid-Ohio Sports Car Course, scored a top-10 finish and moved the No. 31 into the top-40 in Xfinity owner points.

“I’m going to run Pocono next week for the No. 25 Truck,” stated Berry. “I believe I’ll be in Jordan Anderson’s car on the Xfinity side. Just trying to keep getting experience in these cars. I’m still involved in an important part of our Late Model program at JR Motorsports, and I want to be able to run that when I can, want that to be successful. It’s going to be week to week. Just trying to do the best I can with each opportunity I get.”

The fourth-place finish was the fourth top-five in Berry’s Xfinity Series career. It was also the ninth top-10 finish in his 20th career Xfinity Series start.

Berry currently leads the rookie-of-the-year points standings. He is 45-points ahead of fellow rookie Ty Gibbs. 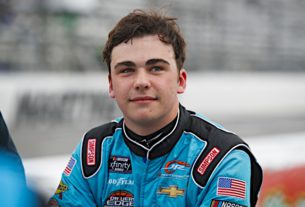 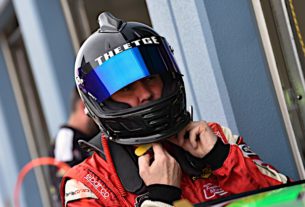 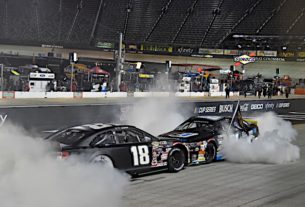