CONCORD, N.C. – A mistake and resulting penalty at the start of the final Stage of the Drive for the Cure 250 effectively ended Myatt Snider’s NASCAR Xfinity Series playoff hopes.

After finishing Stage 2 in third, Snider lined up just outside the top-10 at the start of the final Stage. The Richard Childress Racing driver pulled to the left as the field took the green flag. The move violated the rule about staying in your lane before the start-finish line in starts and restarts. NASCAR officials penalized Snider for the restart violation.

Once the 26-year-old served his pass-through penalty on pit road, he was 28th on the running order. Snider climbed up to 21st and appeared to stall out in his recovery at the Charlotte Motor Speedway Roval. A late-race caution allowed the No. 2 TaxSlayer Chevrolet Camaro SS to catch up. Crew chief Andy Street called Snider to pit road for a four-tire stop, a move that the driver initially protested.

In overtime, Snider climbed up through the field. Despite the chaos throughout the final two laps, he moved into the top-10. However, an eighth-place finish was not enough to advance Snider into the Round of Eight. When the checkered flag waved, Snider was 15-points shy of transferring to the next round of the Xfinity Series playoffs.

“I sort of made a rookie mistake there at the start of the final stage,” admitted Snider. “I misinterpreted the rule on restarts and just pulled out of line too early. That’s on me. It got us behind on everything. I’ve got to give a shout out to Andy Street for making the call for four tires. I wasn’t onboard with it at first, thought we needed track position. It gave us a fighting shot, allowed us to get up to eighth. Was there more that I could have done? Sure, but made it from 28th to eighth.

“Good move, but we were still 15-points out at the end. We’re going to need a little more than eighth place to out there and get it. That’s a lesson that I’ll learn and take into next year. Thanks to RCR, TaxSlayer, Louisiana Hot Sauce, and Crosley Brands for all the help they’ve given us this year. I’ve got a great extensive notebook for next year. Really glad to have been able to work with everybody.”

2021 marked the first season that Snider has remained with one team throughout an entire Xfinity Series season. He made the playoffs by virtue of a win at Homestead-Miami Speedway earlier in the year.

“We got the win at Homestead,” Snider pointed to as a positive from 2021. “We had been hitting a good stride the last couple of weeks before the playoffs. I had been consistently in the top-10. Just didn’t have the luck that we needed in the playoffs. I feel like we did as best as we could for my knowledge and where I am as a driver.”

Although eliminated from the playoffs, Snider is optimistic about his future. While for the remainder of this season, he is already looking forward to 2022. At an announcement for Sheldon Creed’s 2022 sponsor, Whelen Engineering, team owner Richard Childress mentioned that Snider could be in a Childress-affiliated car next season.

“I am really optimistic about next year,” explained Snider. “Next year I’ll have a little more authority to define what the team looks like, what we can do with it, what changes we can make. I’m really proud and looking forward to what we can build for the future.”

Now Snider will attempt to assume the role of playoff spoiler that Josh Berry and Brandon Brown already have achieved this season. 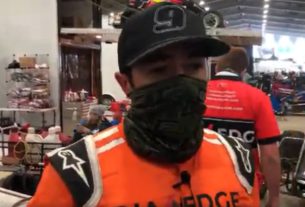 VIDEO: Chase Elliott discusses his run at the 2021 Chili Bowl 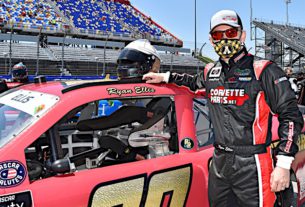 Ryan Ellis returning to the Cup Series at Kansas this fall 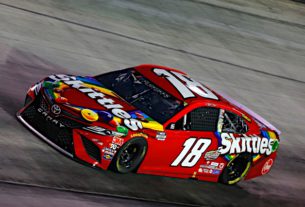