Strategy earned Austin Cindric a win in Stage 1 but left him climbing through the field for a top-five finish at Texas Motor Speedway.

Cindric started the second Stage outside the top-25. Two more back-to-back cautions kept him behind. The Mooresville, N.C. native couldn’t break back into the top-10 before the end of Stage 2.

When the final caution waved with 27 laps to go, Cindric, like most of the field, took four tires. Harrison Burton stayed out and John Hunter Nemechek took two tires. When the race restarted with 21 laps to go, Cindric found himself battling with fellow Xfinity Series playoff drivers Noah Gragson, Justin Allgaier, AJ Allmendinger, and Justin Haley.

While Gragson and Allgaier pulled ahead for third and fourth, Cindric was able to keep the two Kaulig Racing drivers at bay for fifth. Nemechek captured the win with his two-tire strategy.

“It was a solid day,” explained Cindric. “Obviously, the strategy there in Stage 1 that made for an eventful Stage 2 trying to get back through the field with our Snap On Ford Mustang. I wish that would have been able to be more straight-up because we could have had good stage points. Otherwise, we just struggled tight and struggled to keep up with the track.

“I felt like we made a really good adjustment on the last run but just didn’t have enough laps. It was an interesting day. No major dramas. I feel like we brought a good package, it was just really hard to predict what the track was going to do with the resin they added. It was fun trying to learn that throughout the day. Obviously, we wanted to win to lock in, but we have a good amount of points to work with for the next two weeks.”

A caution-filled Stage 1 in the Andy’s Frozen Custard 335 offered several different strategies for the NASCAR Xfinity Series field. Cindric stayed out, in the lead, in the No. 22 Snap On Ford Mustang. The Team Penske driver won Stage 1 with ease, but the strategy put him behind for the rest of the race.

The fifth-place finish was Cindric’s 19th of the 2021 season, matching his career-high from last year. It was his 59th top-five finish of his Xfinity Series career.

The top-five finish leaves Cindric 24-points above the playoff cutoff, held by Gragson. He is four points behind leader Allmendinger. 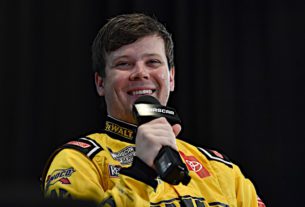 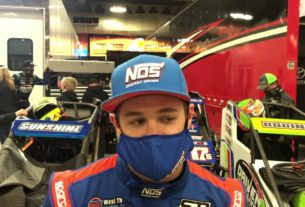 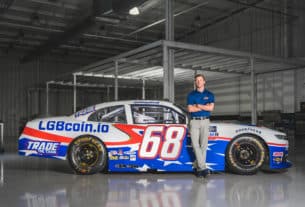