AVONDALE, Ariz. – Zane Smith had nothing to lose and everything to gain going into the NASCAR Camping World Truck Series championship finale at Phoenix Raceway and despite running near the Top 5 all night, he was outrun in the final laps and watched the title slip away for the second year in a row.

“We had short-run speed, man,” a dejected Smith said over the radio to his crew with one lap to go, realizing he wouldn’t be the champion.

A day before Smith explained to members of the media that he doesn’t have a ride for 2022 and that winning the championship in NASCAR’s truck series would go a long way in helping him do the only thing he knows how to do – race.

“Wow, I don’t know which one hurt more, last year of this one,” Smith said. “We fired off good, honestly, probably too good and then, I don’t know, just got way, way tight. I tried everything from inside the truck and all the tools I had and just couldn’t really hold him off.

“I don’t know, for the past three months, I don’t know what I’ve got for next year. We seem to have this problem every year but I sure as hell know that if I won it would help my situation. I was eight laps away from winning the championship and I was just so helpless because I could not get my truck to turn no matter what I did.”

Fate has a cruel way of ripping out the hearts of racecar drivers and Smith fell victim to fate’s wrath Friday night after being the championship leader for most of the last half of the race. But Ben Rhodes had other plans and divebombed Turn 2, just barely clipping the rear of Smith’s truck and moving him up the track to make the pass. The bump was insignificant as Rhodes’ truck had come to life and Smith was losing some speed.

“It definitely sucks. The championship would have probably fixed a whole lot of things. I guess I need to be better and figure out what to do better in those situations, which I really don’t know,” Smith said. “Like, to go to sleep tonight, I don’t know what else I could have done different, so I guess that is the only positive I can take from it.”

Although Smith was beating himself up over not sealing the deal with a championship, three-time NASCAR Camping World Truck Series Champion, Matt Crafton, said the young driver has nothing to be ashamed of and that he gave it his all. Crafton was also in the Championship 4 but was never really a factor throughout the race. He said his truck was loose all night but shared his thoughts on Smith’s situation.

“Just keep your head up, he has a lot of speed, he’s won races and he’s finished second two years in a row,” Crafton said. “He’s got nothing to hand his head on, I mean it is easy to get yourself down but at the end of the day, he was here fighting for a championship. That’s a whole hell of a lot better than fifth on back in points. So, think of the big picture at the end of the day and be thankful for what you’ve got.” 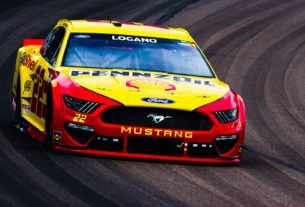 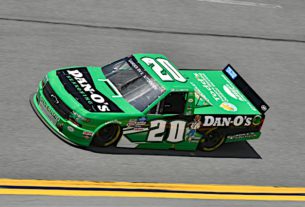 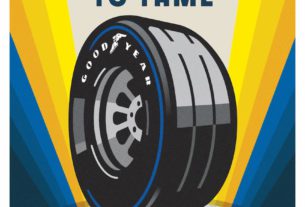