Podium eSports, the broadcast company and Twitch streaming channel will once again host one of the largest independently promoted events on iRacing. Over 175 iRacers have attempted to qualify for the 43-car field in both years of event.

The tournament-style event has paid out over $12,000 in prize money across the two events. Seth DeMerchant won the first running of the Podium eSports Daytona 500 with Daniel Eberhardt winning the 2020 running.

The 2021 edition of the Podium eSports Daytona 500 will feature two changes compared to previous years. Time limits have been removed after a glitch earlier this year sent three hopeful competitors home before they had a chance to qualify.

“It’s no secret that the decision to time limit races hurt us more than it helped us with the 2020 Podium eSports Daytona 500,” explained Podium eSports CEO James Pike. “With time limits gone, the chances of the best 43 drivers on Qualifying Day racing their way into the 500 should increase significantly.”

While time limits have been removed, tire limits have been introduced. One of iRacing’s newest features is already implemented in several official series as well as leagues on the service. iRacers have to manage their tires, changing them only when absolutely necessary or risk running out of tire sets available.

The historic 1987 cars is an added edition to the schedule in 2021. The 1987 Chevrolet Monte Carlo and 1987 Ford Thunderbird were added to iRacing earlier this year.

For ARCA, iRacing currently utilizes the 2009-era bodies. While the car is not an exact match of it’s real-life representative, the race is the same 80-lap distance. The ARCA Menards Series cars also feature iRacing’s New Damage Model.

Competitors have their choice of races to compete in.

On Feb. 1 and Feb. 2, the 1987 NASCAR Cup Series and ARCA cars will hit the track respectively. For those events, Podium eSports will utilize the 2007 ‘Legacy’ edition of the Daytona oval. Both races will be 80 laps.

Sign-up details for the Podium eSports Daytona 500 will be announced at a later date.

Full Schedule can be found below:

All Speedweeks races will start at 9 p.m. ET. 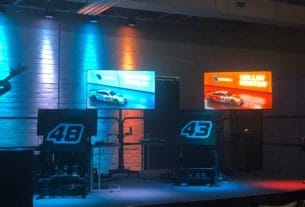 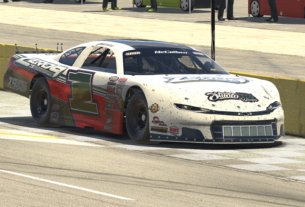 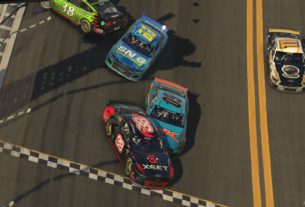