CLEVELAND, Tx. – Opening day for a racetrack. It can be a nightmare for some and a time for great expectations of change to others but usually, it’s a little of both. Add in some new owners and the intensity ramps up. Even though 105 Speedway had a few hiccups when the new owners opened the gates on March 6, they recovered well and had already made great progress in polishing this diamond in the rough.

“When we took over we found there has been a lot of neglect to the track and facilities, so we immediately began working to create a better experience for the fans and racers,” said new 105 Speedway owner, Joey Smith. “We brought in 80 loads of dirt and completely redid the track.”

Smith said the goal is to make everything better but they weren’t prepared for all the things they would find that needed repair, or even, replacement. Known for its history of falling behind in scheduling and sometimes not finishing the previous night’s races until after sunrise the following morning, 105 Speedway’s reputation wasn’t stellar in the dirt racing world but that is about to change, Smith said. To his credit, he came just short of hitting a home run on opening day. Upgrades often bring confusion and Smith implemented a new system for racers to sign-up online but then computer problems and a lack of Internet brought out the yellow flags before the action even began.

But before the track could even let the first fan in the gate, the fire marshal required them to fix numerous electrical wiring issues and they did it. With the help of racer, Robert Harbert, they were able to race and Smith said more improvements are on the way.

Already they installed some new lighting, a raised deck for observers on the backstretch and changed the rules for where people stand in order to improve safety. But the biggest improvement will be the restrooms – something the female fans will definitely appreciate.

Smith explained this isn’t a short-term thing for him. He loves racing and wants to change the perception of 105 Speedway, and that includes having racing end in the wee hours of the morning. He said, on opening night they were still on track to be done with the final race at approximately 12:30 a.m. even with the delay caused by computer issues and sign-ups. As it stood, there was major damage done to the fence in one of the races and the night was called early due to the time it would take to make proper repairs. It is decisions like that which have others sharing positive thoughts about his vision. Smith said they weren’t dawdling between the action.

“The track is definitely better than it was and we could already see the improvements,” said Zach Wells, whose son Ryder Wells drives the No. 24 restricted micro sprints. “The first thing we noticed was the track but as it got darker we could tell they had already started improving the lights. And the observation stand at the back of the track is great. We like the direction they are going.”

Smith explained that it took a lot to get things ready for the first night and they weren’t able to accomplish everything. However, they have a plan and are determined.

“Yeah, I want to give a shoutout to Robert for his help,” Smith said. “We have done so much work to make the experience better for the fans. Just freshening up the stands with some paint got people talking. Yes, we are working on the restrooms, that’s a big one for everyone and we have a lot of plans that you will see over time.”

With the changed underway, race fans should definitely take the time to give 105 Speedway a chance. The website 105speedwayracing.com has a complete schedule, rules, payouts and the drivers definitely bring the action. 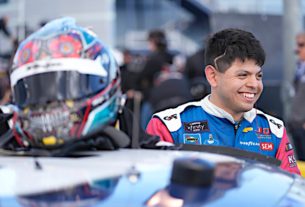 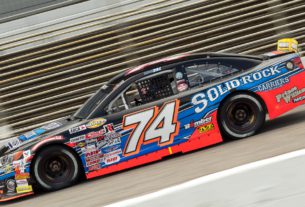 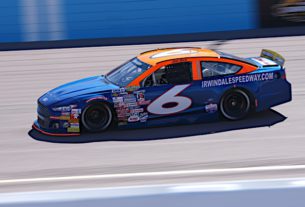