It’s been 13 days since Ryder Wells sat behind the wheel of the No. 24 Preferred Contractors/Kickin’ the Tires micro-sprint car but that doesn’t mean he hasn’t been getting ready for the doubleheader race weekend that lies ahead of him, or the tournament he’ll compete in with the Houston Dynamo Dash Youth Soccer Club.

That’s right, Wells, age 13, will race in Waco at Heart O’ Texas Speedway in the POWri 600 Micro-Sprint division, where he is currently second in points, and after the race, he and his crew (his dad Zach Wells, along with his director of public relations/sponsor/KTT’s editor) will pack up the racecar, head back to Houston for the soccer tournament that begins at 10 a.m. But Wells’ day won’t end when he is done defending the goal for the Dash. He will go to Gulf Coast Speedway for the second night of racing in hopes of closing the series points gap and then go back to the soccer tournament Sunday morning.

It’s a busy weekend, for sure, but when asked if he thought he was prepared, Wells was enthusiastically confident. Just thinking about such a weekend would leave most adults begging for a couch and massage therapist but Wells takes it in stride.

“It’s going to be fun,” Wells said. “I’m ready. I’ve been working out doing drills for soccer and that helps me with racing, too.”

The core drills for soccer help Wells with building strength to manhandle his roughly 750-pound racecar (including driver’s weight) around the track – and the car doesn’t have power steering. From running to jumping and even mock goaltending in waist-deep water during a recent trip to the beach, Wells works hard to stay in shape and keep focused on his racing and soccer priorities. Plus, since his mom is a teacher, he also does pretty well in school, too.

Wells is currently 143 points behind points leader, Kaden Trotter, and he has a 108-point cushion over third-place driver, Rylie Yates. So, on the night before his big weekend, Wells was in the race shop with his dad and they were working on the car. The duo is trying a new setup this weekend in hopes of picking up some straightaway speed. Wells has incredible car control in the turns, so he feels like he can handle a faster entrance speed. He’s been gaining on the competition through the turns each week but he loses a little ground on long straight runs.

“We are making a change to get me some more speed and make sure the car is aerodynamic,” Wells said.

It was Wells’ determination and sportsmanship that caught the attention of Preferred Contractors. The company was impressed with not only Wells’ focus on racing but also in juggling his soccer schedule, personal life, doing well in school and his sportsmanship after every event. Win or lose, Wells makes the rounds in the pits after each race, talks to fellow racers and shakes their hand. His competitors are his friends and rarely a week goes by that someone isn’t asking for advice or to borrow a part or tool to help their car. The answer has always been, “yes” even though he knows they are gunning for him in the points.

“I try to race everyone clean and give them respect,” he said. “We are all racing hard and some people have good days and some have bad days but we are all out here having fun. This is a dream come true for me.”

Without giving away any secrets, Team Ryder Wells spent several hours prepping, setting up and loading everything they will need for the weekend. Overtaking the lead in the points won’t happen this week but they can get closer and continue to build on their foundation. After all, this Wells first year in micro-sprint racing. He has raced a total of 12 times but he’s picked up the car really quickly and even surprised himself a couple of times. He also gives a lot of credit to his Sawyer Chassis for his 11 Top 10 and six Top 5 finishes. He even has a couple of heat race wins and has been on a run of Top 3s for the past three events.

“You learn a lot every time you get into the car,” Wells said. “As I continue to return to some of these tracks, I pick up things that help me go faster. And sometimes you have to slow down to go faster, too. At other tracks, I have never been to them before, like this weekend, so it can be hard to adjust fast enough to get up to speed but I am confident we will do good.

“I just want to thank everyone, mom, dad, my sister, Chaise, and our sponsors Preferred Contractors and Kickin’ the Tires for all of their support. It’s great to know that so many people support me and want to see me do well.” 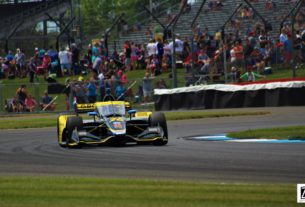 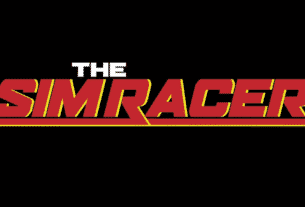 COLUMN : When a Story Hits Close to Home 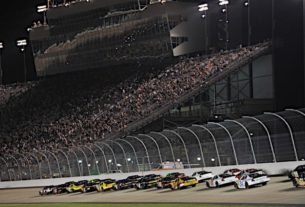