They say the first win is the hardest and the rest come easy, well, that may, or may not, be the case but 13-year-old racing phenom, Ryder Wells, certainly didn’t seem to have any trouble Saturday night cruising to his second-straight career win in POWRi micro-sprints and lapping six cars along the way.

Wells went out for hot laps in the No. 24 Kickin’ the Tires/Preferred Contractors micro-sprint to make sure his car was in good shape then returned to the track for the heat race. He started second and quickly made it to the lead at 105 Speedway in Cleveland, Tx. Then, it was time for the feature. Wells started on the pole and had smooth sailing after a few early challenges as he deftly maneuvered the relatively flat and bumpy quarter-mile track.

“We had a really good car all night,” Wells said.

Wells said the cars was “perfect” and that his dad/crew chief, Zach Wells, nailed the set-up. The young racer was coming off his first win the week before at Gulf Coast Speedway, where he all but locked-up the track championship there.

“I started first in the feature and never looked back,” Wells said. “I did come upon some lapped traffic about halfway through the race but I had a perfect setup and passed them cleanly. It really was a great night and to win back-to-back like that made it even more special. Obviously, this wouldn’t be possible without all the support from my family (dad, mom-Sheli, big sister-Chaise and grandparents) and my sponsors Preferred Contractors and Kickin’ the Tires. And my Sawyer Chassis and CSI Shocks gave me a smooth ride all night.”

His performance Saturday at 105 Speedway guarantees him second in overall points for the POWRi 600 Restrictor micro-sprints and Rookie of the Year honors, as well. 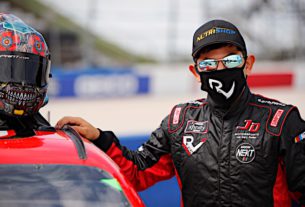 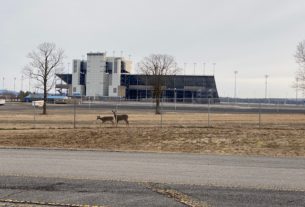 PHOTO GALLERY: A Timeline – Changes in Nashville Superspeedway from April 2019 to Today 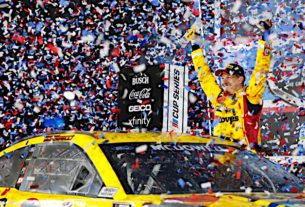 Attempts at Winning the “Great American Race” the Daytona 500