Daniel Suarez will have a new seat to pilot in 2021. It was announced on Wednesday that Suarez will race for Trackhouse Racing beginning next season. The team will make their NASCAR Cup Series debut at the 2021 Daytona 500.

Suarez the 2016 NASCAR Xfinity Series Champion will pilot the No. 99 Chevrolet Camaro ZL1 1LE. The Trackhouse Racing Team will be powered by ECR Engines and has entered into an embedded operational alliance with Richard Childress Racing. The alliance will enable Trackhouse to utilize the technology, intellectual property, human capital, and engineering developed over decades of championship-caliber competition.

“The formation of a [top-level] NASCAR Cup Series team has been a dream of mine for a long time,” said Justin Marks, founder, and owner of Trackhouse Entertainment Group. “A lot of hard work has transpired to get us to this point, and I don’t think we could’ve ended up with better partners in RCR and Chevrolet and with a more passionate and committed driver than Daniel Suárez. Daniel’s drive and hunger to get to the top of this sport is palpable every time I am in his presence. We are building a team of winners and Daniel has delivered just about every time he’s sat in race winning equipment. It’s my job now to put a car underneath him that will carry him to the highest echelon of the sport.”

I think it goes without saying, this is a big day. I cannot wait to bring something fresh and exciting to the scene! Ready to light this candle in 2021 with @Daniel_SuarezG !! https://t.co/3JzPb0b1Ik

When it comes to NASCAR’s elite level, the NASCAR Cup Series, Suárez has 138 starts heading into this week’s event at the Roval, 32 top-10 finishes, eight top fives and two poles.

“I see in Trackhouse a great opportunity for me with a very strong group of people that share the same vision, commitment and goals that I have,” Suárez said. “Justin has been [involved] in the racing world for over 20 years and understands the ins and outs of the sport both as a driver and from the business side. I have learned a lot in the last few years and have been very fortunate to be a part of very good organizations. I have learned that this sport is about people, and I know we are going to work very hard to put together a talented team. Furthermore, getting the support from a strong manufacturer like Chevrolet will be a key to our success. My goal is simple, I want to win races.” 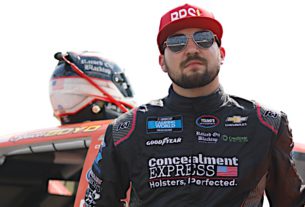 Spencer Boyd Returning to Young’s Motorsports for Fourth Season Together 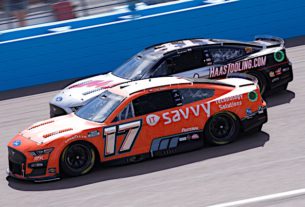 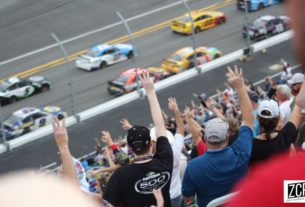