Skip to content
Home>NASCAR>ARCA Series>Justin Carroll to Make ARCA Return at Kansas, Attempt Truck Series Debut at Some Point in 2021

Justin Carroll made three ARCA Menards Series starts in 2020 and plans to do more this season, he says.

“We are working on it for sure,” Carroll told Kickin’ the Tires. “We have a truck that we plan to race a few times this season, it’s just right now without points or qualifying, we have to wait for a track that doesn’t have a full field. We are going to try for Richmond, Bristol, and Martinsville. We might even throw a road course or 1.5-mile track in as well.

“We updated our equipment a lot over the (ARCA) off-season. For sure, our first ARCA race will be Kansas. We plan to run Dover (East), Charlotte, Pocono, Southern National (East), Bristol, and maybe a few more 1.5-mile tracks. I also plan on running some late model races if I have time during the off-weekends.”

Though the majority of his starts came in the East Series, Carroll made a statement in his three ARCA Menards Series starts last season breaking the top-10 in his final race at Bristol.

“It feels really good to improve,” said Carroll. “I feel we can do better as a team and I can do better as a driver but honestly we have been running the same car for the last five years so I feel like the car has kind of held us back. Bristol was huge for our team to be one of 26 cars, run inside the top-12 all night, and ultimately finish 10th was a great accomplishment.”

In 2018, Carroll would tally his career-best finish of second at South Boston Speedway. In that race, Carroll raced against a list of drivers who now call the Camping World Truck Series home. Truck Series winner Tyler Ankrum ultimately earned the victory in that race holding off Carroll. The following season, Carroll finished top-10 three out of his five starts and finished top-10 50% of the time last season.

“The competition in the East Series or ARCA Menards Series is good,” said Carroll. “It helps you tremendously as a driver because pretty much everyone goes through ARCA to move up the NASCAR ladder. There is a ton of talent and a lot of really good teams with smart people involved. You have to be on your game to even compete against them, let alone beat them.”

In a time where corporate sponsors and high-dollar Cup Series teams thrive, Carroll is doing it all on his own. In all three ARCA Menards Series events last season he raced, Carroll’s Automotive was on board as the primary sponsor. The family automotive group is behind him and his racing effort. Carroll was never given anything in his career and has built what he has built since his ARCA Menards Series East debut in 2015 at Langley Speedway by the pure grind.

“It’s a challenge,” Carroll said about doing this with a light budget. “We’re running five-to-seven races for what most teams spend on one-to-two races. My dad and I just do the best we can to make our equipment the best we can with help from our crew chief and crew. We certainly have to work hard all week to try and afford to race so it has been and is difficult. I don’t focus on driving the race car like a lot of the drivers I race against. I work on cars, drive the 18-wheeler to the track, and drive the race car, all-the-while, I try to help my dad keep the family businesses operating correctly.” 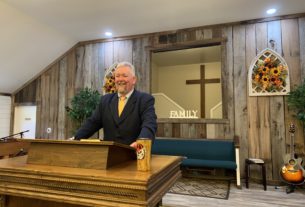 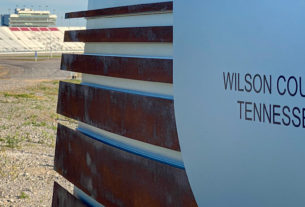 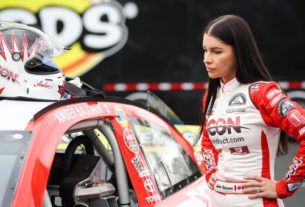