DAYTONA BEACH, Fla. – Joey Logano was leading the Daytona 500 heading into the final two turns when his teammate Brad Keselowski got a push from Michael McDowell as they all competed for the win – Logano blocked Keselowski and he crashed in a fireball as McDowell reported to Victory Lane. So, who’s mad at who?

“We’ll have to find out, I guess,” Logano said, as he burst into laughter replying to the question posed by Kickin’ the Tires about the last lap fiasco. “I don’t know. I’m not mad at Michael. Umm, Michael had a run and got pushed to Brad and hook onto the back bumper of him. That happened because, you know, Brad backed up to him. So, I can’t be mad at that. And, you know, honestly, I am happy for McDowell, the guy’s a grinder man. He has been grinding his whole career and he finally won one. And it’s the biggest race, ever. I am ecstatic for him. He should be over the moon. And, yes, we’ve talked to each other quite a bit here in the last few days just texting back and forth and you know, he brought it up. He was concerned, ‘did I do something wrong? Is everything okay?’ And I was just, ‘yeah man, you were going for the win. I get it.’”

Logano explained that McDowell had three other cars behind him trying to push him, so he didn’t have a choice but to do what he did in giving Keselowski a shove to help them both get to the front of the pack to battle it out for the win.

“You can’t blame him for pushing because he was going to get pushed if he didn’t push, it’s just part of the race,” Logano said.

Although Logano has had several interactions with McDowell since the checkered flag fell at the end of the Daytona 500, he has not had the same contact with his teammate. Logano said he is waiting for things to cool down before discussing the end of the race, which saw the No. 2 Team Penske Ford explode into a massive fireball, before talking to Keselowski.

“I think it’s probably best to cool your jets a little bit before that conversation happens,” Logano said. “I think everyone cooling off is probably going to be good.”

“You have to talk about it, you can’t just roll it up under the rug. People do that and it’s just not healthy to do,” Logano said. “So, it’s kind of the situation here. I will be forced and he will be forced to work with me. We are still teammates. We will have to figure this out. We may not have to agree on everything but we, at least, have to find a way to move forward.

“You can look at this thing three different ways and there are going to be six different opinions on how the last few laps went and depending on what seat you are in you would pic differently So, it’s just a matter of talking it out and there is time before Sunday’s race to do that … You can’t seek revenge, or seek, you know, you made my life hard so I am going to make your life hard, right. That’s childish. We’re adults. We’re not doing that. I am not going to do that.”

Logano said there are always things that can go a different direction in a race but there is nothing he, or anyone else, can do to change the outcome now. He confirmed he has watched replays of the final lap multiple times even slowing it down to try and understand where things went south for him.

“I look at it and say, in my opinion, I am up in here watching this all develop behind me and when the 34 (McDowell) and the 2 hook-up, they start coming at me to make a run, I throw a mild block but when Brad moves to the left to pass me, that gets the 34 off-center on his bumper – and these cars are very unstable when they are getting pushed. It’s not like when we used to tandem … there’s not much mechanical grip anymore.

“So, when a car gets off-centered as much as McDowell did on Brad it is going to push them around, just like the same way we saw the first crash happen. From that point and watching it in slow motion, dissecting it, I see Brad’s hands turning left and the back end of his car is further left than he is and that means he is going to the right at that moment and spinning out. That’s why I got tagged so hard in the left rear, it spun me out quick. That’s how I see it happened, it’s quite the bummer that it happened, we were so close to winning the Great American Race.”

At 30 laps to go, Logano had four Fords behind him, including his teammate and he was feeling pretty confident. With four laps to go, he was lined up with Keselowski directly behind him and it was still a line of Fords in his rearview mirror. But when he saw Keselowski begin to back-up on the final lap and could see all the momentum building for what would be multiple runs along different racing lines, he knew things were about to get dicey. Logano said he was letting off the gas to try and keep the pack bunched up behind him because he knew what they were trying to do.

“It was, kind of, the best scenario you could be in for the last 30 laps of the race,” he said. “But once I saw brad lay back and shuffle the 4 (Kevin Harvick) out, I was like, ‘okay, this game is about to change. This isn’t going the way I would expect it to.’

“I don’t think anyone did anything wrong, I mean, everyone is going to have different perspectives. I think that is probably where we are going to be. To me, the biggest heartbreak of this whole thing is there are 400 people at Team Penske asking where their Daytona 500 bonus is.” 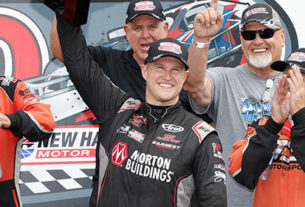 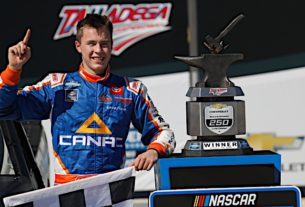 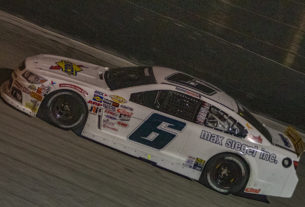