On Monday, the No. 43 car came home ninth as Erik Jones tallied his second top-10 finish of 2021. With the help from Tide, Food City, and the U.S. Air Force, Jones pushed through the field after starting the race from 24th. Jones managed to keep his Tide ride clean early through a couple of incidents. As the dust bowl brewed, the signature orange of the No. 43 on the roof of the car was still legible while many other cars disappeared into the abyss of dust.

Jones pushed his way through and battled with the likes of Chase Elliott, Brad Keselowski, Tyler Reddick, among others through the late stages of the race. During the green-white-checker finish, Jones was able to bring his car home in ninth, his best finish so far with Richard Petty Motorsports.

“It was a good day for our No. 43 Tide Chevrolet Camaro ZL1 1LE at the Bristol Motor Speedway,” said Jones. “We started a little bit further back in the lineup and worked our way towards the top-10. Our Richard Petty Motorsports team ended up getting some good stage points throughout the day (Stage 2, 8th-place) and ended up coming home in ninth place. It was a solid day. What we were looking for today was getting back towards the top 10, and I think our Chevrolet Camaro was probably a little bit better than that even. We just kind of ran out of laps and ran out of time the way the race was sectioned out.”

Before Monday, Jones raced in two Eldora Truck races with Kyle Busch Motorsports. In 2015, Jones finished a solid fourth en-route to the Series championship. He was the pole-sitter for the second dirt race ever on Eldora in 2014 but finished 29th. Jones was in the same department as many in the field with limited dirt experience. The start of his career didn’t come from dirt but the paved short tracks.

The ninth-place finish for Jones Monday was his best since the Charlotte ROVAL last October. It’s his first top-10 finish since Las Vegas. It’s the best finish for Richard Petty Motorsports since Bubba Wallace finished fifth at Daytona last August. 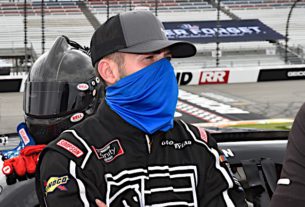 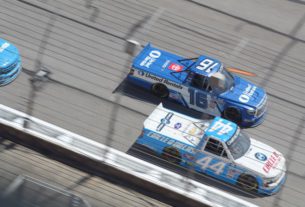 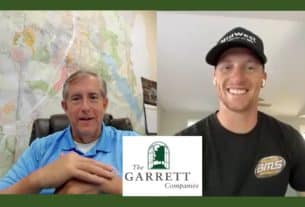 The Garrett Companies Joins Brandonbilt Motorsports as Sponsor at Pocono