For the third time in 2020, Chase Briscoe was the driver to beat in an Xfinity Series road course race. This time, it was at the Charlotte Motor Speedway Roval, a track Briscoe tamed in 2018 and returned on Saturday night to lead a race-high 23 laps.

In the rain and through the puddles, Briscoe caught and passed AJ Allmendinger for the lead with four laps to go. With a built gap, Briscoe was three laps away from his ninth win of 2020 with Stewart-Haas Racing until one final caution came out due to a stopped car.

On the ensuring restart, Briscoe broke loose through standing water in Turn 1 running side-by-side with Allmendinger, causing the No. 98 to spin.

“The driver just made a mistake,” Briscoe admitted. “In the conditions like this you’ve got to be at 100 percent and I tried going 110 and it bit me.”

While the incident did not waiver a caution flag, Briscoe got back up to speed and finished 18th. A tough result to take after his dominating run that caused multiple drivers to question just how he could navigate such treacherous conditions so swiftly.

“That one is gonna sting for a long time,” he said. “I felt like I did my job for about 95 percent of the day right. That was frustrating to say the least. We obviously had a really good Ford Performance Racing School/HighPoint.com Mustang, but didn’t get it in victory lane, so we’ll try to do it next week.”

With Allmendinger complimenting the speed of Briscoe throughout the day/night, Briscoe himself had fun racing one of the sport’s most accomplished road racers.

“It’s encouraging for sure to run with AJ,” he said. “But the end result is he won the race and I came in [18th]. I’m gonna think about that one a lot laying in bed. I know what I did wrong, that’s the frustrating part and just try to learn from it and move on.”

The series next heads to Kansas Speedway next week, where the Round of 8 will kick off. Briscoe enters the weekend with a 37-point advantage over the cutline.

“Next week is a lot more important than today was, so we’ll go onto Kansas and try to get a win,” he closed. 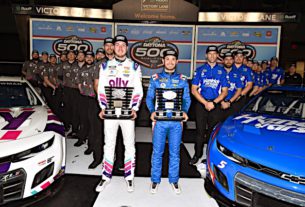 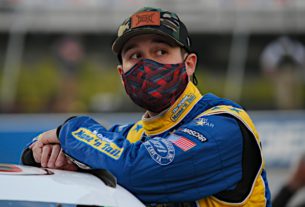 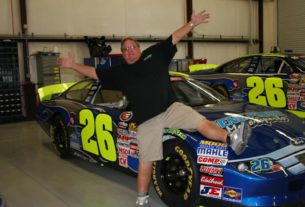 Gene Price – The Shooting Star of the West Series