CONCORD, N.C. – Despite some damage early in the Drive for the Cure 250, Noah Gragson advanced to the next round of the NASCAR Xfinity Series playoffs.

In Stage 2 of the Xfinity race at the Charlotte Motor Speedway Roval, Gragson was involved in a chain reaction inside at one of the track’s two chicanes. The stack up resulted in some major damage to the No. 9 Bass Pro Shops / True Timber Chevrolet Camaro SS. Although he had a hole in the right front of his Camaro, Gragson soldiered on.

During a caution late in Stage 2, crew chief David Elenz elected not to make repairs during the pit stop. Instead, Elenz opted to wait until the stage break to make repairs to the JR Motorsports machine. Gragson showed that even with the damage, his car had some speed, finishing the Stage in fourth.

However, as the final Stage appeared to go caution free, the speed in Gragson’s car disappeared. He slipped down the running order from fourth to just inside the top-10. A late-race caution with four to go forced the race into overtime. On the chaotic overtime restart Gragson climbed back up to take the checkered flag in sixth.

“(The damage) was self-inflicted, I just ran into the guys in a stack up in the chicane,” explained Gragson. “I just didn’t anticipate it. Put that in the notes, I’ll try to do better next time. I had to pace myself, 80, 85 percent all day. Trying to focus to make it into the next round of the playoffs, never really got to race.

“Main goal was just to stay on track, collect points, and not to get into a wreck. Came home sixth, collected points, moved onto the next round. I feel like we accomplished our job. We didn’t have the speed that we’ve had in the past. We’ll just have to keep going back and work on it. Great job by the whole team. We’ll go onto the next round of the playoffs where the racing really starts.”

Gragson entered the Roval with an 18-point cushion over Jeb Burton. With top-five finishes in the first two Stages, he increased that gap to 29-points. The added cushion allowed Gragson’s team to take their time with the repairs at the end of Stage 2.

The sixth-place finish is the 18th top-10 finish for Gragson this season. It is also the 68th top-10 in the Xfinity Series for the Las Vegas, NV native.

After the reseeding for the Round of Eight, the 23-year-old is just one point ahead of Daniel Hemric for fourth. Gragson is 33-points behind leader and race winner AJ Allmendinger.

Now Gragson’s attention turns to Texas Motor Speedway where he looks to advance to the Championship Four. 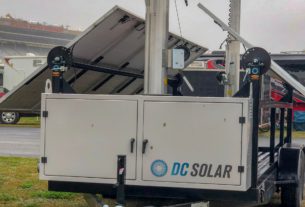 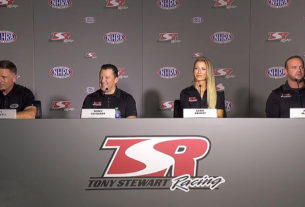 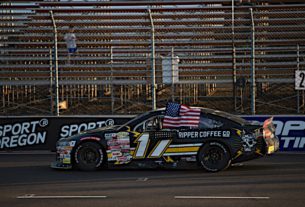