Driving for an underfunded team, Brett Moffitt showcased his talent in the Go Bowling 250 at Richmond Raceway.

The Our Motorsports driver battled inside the top-five for much of the final stage. Moffitt’s No. 02 Robert B. Our Co. Chevrolet Camaro SS competed with NASCAR Xfinity Series regular Austin Cindric and Cup Series Champion Kyle Busch.

As the run went on however, Cindric snuck by Moffitt. He then lost another spot to Xfinity regular Ross Chastain. When the checkered flag waved, the 28-year-old was sixth and one of just nine drivers on the lead lap.

Moffitt Tweeted his thanks to the Our Motorsports team post-race:

What a night! Can’t thank @OurMotorsports and @TeamChevy enough for their support! P6 with a little team feels amazing to not only myself but to the hard working men and women who give me the opportunity to drive their cars! Thank you to everyone on the team. Another one tomorrow

Moffitt’s speed was apparent early in the race. After starting 20th due to the metric qualifying formula, he climbed up to ninth at the end of the first Stage. In the second Stage, the Grimes, IA native moved up to seventh on the running order.

The Truck Series regular’s run was all the more impressive because Our Motorsports only has two engines at its’ disposal. Last week at Darlington Raceway, Moffitt failed to finish because of an oil leak after on-track contact.

The sixth-place finish is the sixth top-10 finish for Moffitt this season. It is also just the seventh top-10 in his 23rd career Xfinity Series start.

While Moffitt is not competing for points in the Xfinity Series, Our Motorsports is running for a chance at the Owner’s Championship. The No. 02 Chevrolet is 86-points behind the cutoff held by the RSS Racing No. 39.

After a 15-car invert, Moffitt will start the Virginia Is For Racing Lovers 250 from the 10th position. 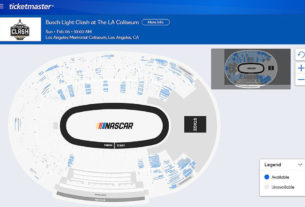 NASCAR’s Gamble with the Busch Light Clash at the L.A. Coliseum Shaping Up to Surpass Other Major Events 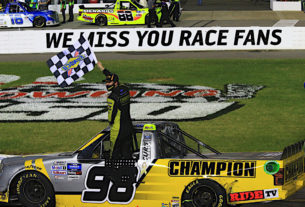 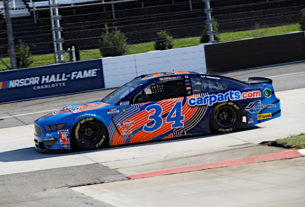