A final report from investigators with the National Transportation Safety Board determined “pilot error” led to the fiery plane crash involving Dale Earnhardt Jr, his wife, Amy, their daughter, Isla, and the family dog, Gus, on August 15, 2019, as he headed to Bristol Motor Speedway. 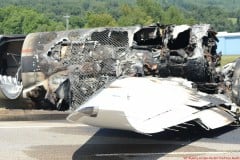 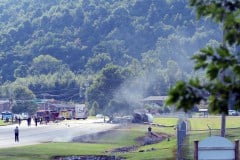 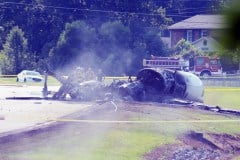 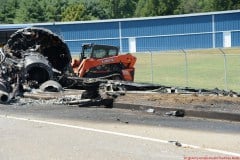 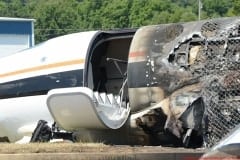 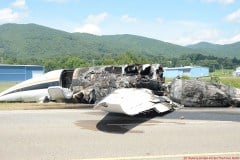 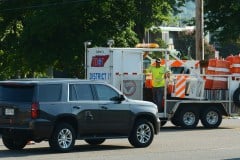 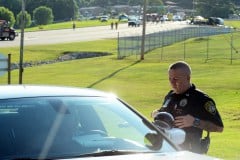 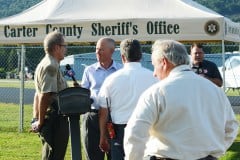 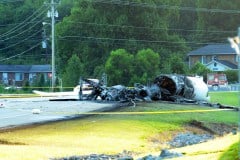 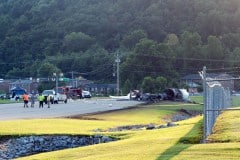 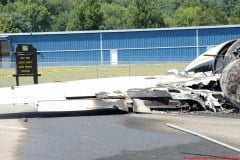 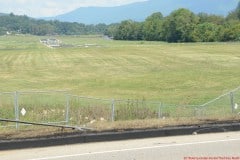 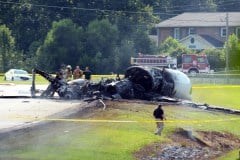 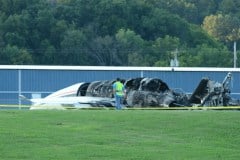 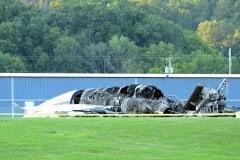 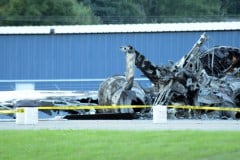 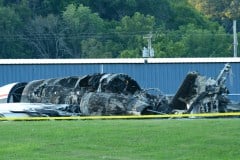 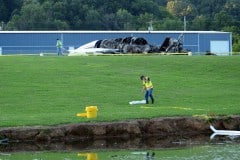 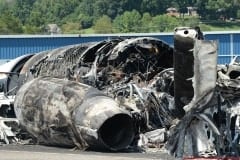 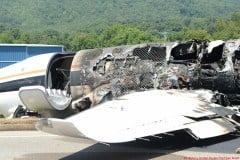 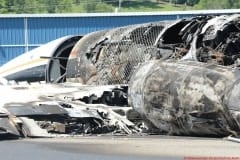 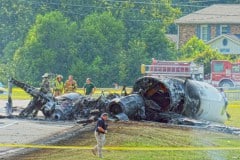 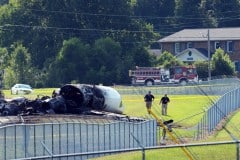 1 2 ►
According to the report, the Textron Cessna Citation was traveling at a speed of 126 knots, or 145 mph. The NTSG determined that based on the plane’s weight at the time of landing the maximum speed should have been 108 knots or 124 mph – the plane was going 21 mph faster than the recommended maximum. Although the plane was coming in fast, data analyzed by Textron Aviation indicated it still could have stopped before the end of the runway.

“The pilot did not extend the speedbrakes upon touchdown, which the landing checklist required, but instead attempted to deploy the thrust reversers immediately after touchdown, which was a later item on the landing checklist,” the final report states. That led the plane to bounce three times before the landing gear collapsed and the plane ran off the runway and resulting in a fire that destroyed the aircraft. Earnhardt and his family received minor injuries but all, including Gus, were able to escape the burning plane with the help of the two pilots. The report indicated that Amy and Isla were supposed to continue on to San Antonio after dropping Earnhardt Jr. off to performs television broadcast duties with NBC that weekend.

As multiple alarms sounded inside the cockpit warning the pilot and co-pilot about the plane’s speed, rate of descent and ground clearance or altitude – at one point the plane passed 710-feet above a mountain ridge in the flight path – the NTSB determined the airplane’s approach was “unstabilized.”

“… it’s airspeed during the approach and landing well exceeded Vref (Refusal Speed – the maximum speed during takeoff from which the air vehicle can stop within the available remaining runway length for a specified altitude, weight, and configuration) and its descent rate exceeded the maximum allowed for landing just seconds before touchdown. Both the pilot and copilot commented on the airplane’s high-speed several times during the approach. During short final, the pilot asked the copilot if he should go around, and the copilot responded, “no.”

Additional conversation picked up by the cockpit voice recorder detailed statements between the pilot and copilot about how fast the plane was traveling with the pilot stating, “well it wouldn’t hurt to slow down” when the copilot announced their intension over the radio to land on Runway 24 at the Elizabethton Municipal Airport in Elizabethton, Tenn. The two also discussed the ground clearance of the flight as the plane passed closely over a mountain ridge, setting off the Terrain Avoidance Warning System (TAWS), with the pilot responding to the copilot, “yeah, I got it” when asked about seeing the terrain below.

The report also breaks down some of the comments between the pilot and copilot, highlighting their concerns about the speed of the plane and the cockpit alerts, “the copilot selected full flaps and the descent rate and airspeed decreased. At 1537:26, the copilot stated, ‘and I don’t need to tell ya, we’re really fast,’ and the pilot responded, ‘I’m at idle.’ Six seconds later, the pilot asked, ‘do I need to go around?’ and the copilot responded, ‘no.’ At 1537:31, about 270 ft agl (Above Ground Level), the speedbrakes were partially extended for 5 seconds [to 140 ft agl]. The pilot then stated, ‘I got the speed brakes out,’ to which the copilot responded, ‘well you should get rid of those because we don’t wanna get a CAS [Crew Alerting System] m- or a thing sent to ya.’ Eight seconds before touchdown, at 1537:41, the pilot stated, ‘alright, I’ll be on the T-Rs [thrust reversers] quickly.’”

The National Transportation Safety Board determines the probable cause(s) of this accident to be: “The pilot’s continuation of an unstabilized approach despite recognizing associated cues and the flight crew’s decision not to initiate a go-around before touchdown, which resulted in a bounced landing, a loss of airplane control, a landing gear collapse, and a runway excursion. Contributing to the accident was the pilot’s failure to deploy the speedbrakes during the initial touchdown, which may have prevented the runway excursion, and the pilot’s attempt to go around after deployment of the thrust reversers.”

One of the most telling portions of the report details the frantic situation inside the plane and Earnhardt tried to get his family to safety. Although the plane had two exits, because of the manner in which the plane had come to rest, there were obstructions keeping Earnhardt Jr. from opening the emergency escape hatch despite help from both of the pilots. Additionally, they had trouble getting the main cabin door to open and could both see “heavy smoke” and “flames” coming from the lavatory area at the back of the plane, according to the final report.

According to post-accident pilot and passenger statements, “the pilots attempted to open the cabin entry door after the airplane came to a stop but could not open it. Around the same time, one of the passengers attempted to open the emergency escape hatch but had difficulty opening it. Both the pilot and copilot came to the back of the airplane to assist in opening the emergency escape hatch, but they could not open it either. The pilots and passenger (Earnhardt Jr.) continued to struggle with the emergency escape hatch and observed heavy smoke coming from the lavatory, followed by flames. The copilot attempted to open the cabin entry door a second time, and he was able to push the door partially open with enough clearance to get all the occupants out. In a post-accident interview, the copilot reported that the exterior handle was likely pushing against the ground at the time, preventing it from opening fully.”

Blaney takes fifth in wild first half of Pocono Doubleheader