Running Through the Field

deJong started the race mid-pack, but his speed was apparent from the drop of the green flag. The Virtual Racing School driver moved from his 21st starting spot up to inside the top-10 within the first 20 laps. deJong’s virtual No. 12 Chevrolet Camaro SS broke into the top-five just before the first round of green flag pit stops.

As the field pitted, pole sitter Vicente Salas experienced a slow stop. That allowed deJong, Femi Olat, Allen Boes, and others to leapfrog the Elliott Sadler eSports driver. It wasn’t until Seth DeMerchant, who ventured into a one-stop strategy pitted on lap 48 that the pit cycle was completed.

“I’m at a loss for words right now, I didn’t even think that was possible to come from that far back,” admitted deJong. “Heading into this we had a good car. Unfortunately, we didn’t even get to show it in qualifying. I completely missed the line, wasn’t even close to running a good lap. After that mistake it was like, ‘what can we do with this?’”

“I’m still so inexperienced with ovals, trying to learn each time. I like putting in the hours to learn setting up the car. The race was phenomenal. Without having to really save at all was so much fun, probably the most fun oval race that I’ve ever had. Overall, great day, didn’t know how it was going to turn out, but it went way better than expected.”

The only on-track incident that took place was between Kollin Keister, Brandon Kettelle, Taylor Hurst, and Wilson. Contact between Kettelle’s No. 48 and Hurst’s No. 74 wounded the latter’s engine. In the closing laps, the No. 74’s engine expired, leaving Hurst last.

Meanwhile, Kettelle experienced a further run-in with both Keister and Wilson. The Slip Angle Motorsports driver eventually found himself in the outside wall after a shove in the corner. The Firecracker 400 winner took the checkered flag in 30th.

After opening the 2020 eNASCAR iRacing Pro Series with a victory at Daytona International Speedway, Malik Ray had a disappointing outing at Auto Club. The driver of the virtual No. 51 Rowdy Energy Toyota Supra started 30th. By being among the last to pit, Ray surged from outside the top-25 on fresh tires to take the checkered flag in 21st.

DeMerchant was the only driver to make a one-stop strategy work. The driver of the No. 57 pitted from the lead just before halfway. However, the slow pace he had to run to make the strategy work left DeMerchant 31st at the checkered flag.

Another driver that was on the wrong side of a strategy call was Brian Mercurio. After a late-race audible, he was two laps short on fuel. Mercurio ran out of fuel while running 27th on the final lap and coasted to the line in 37th. 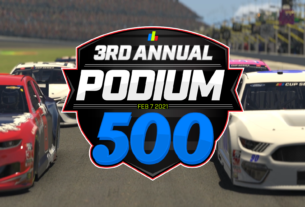 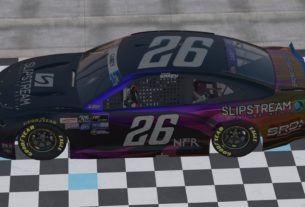 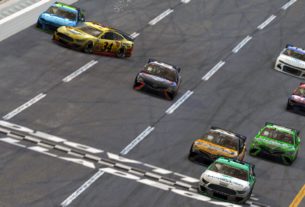